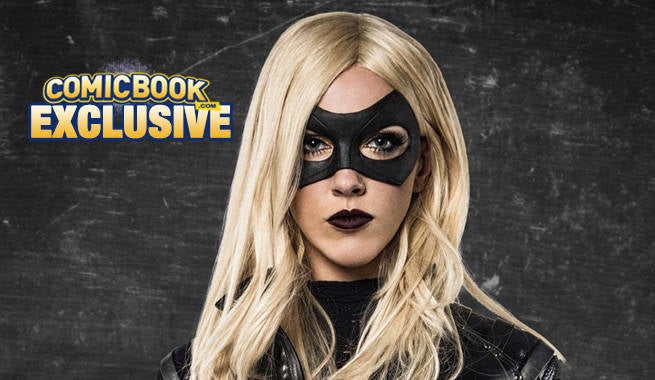 Katie Cassidy has been an essential part of Team Arrow since the earliest days of the show. Her Laurel Lance has not only dated the Arrow himself but she has risen to show off her own form of heroics and mentored her sister down a similar path.

In preparation for her appearance at Heroes & Villains Fan Fest this past weekend, ComicBook.com had a chance to catch up with the actress burdened with bringing Laurel to life on our TV screens. First, we took a few questions from Twitter and talked about Legends of Tomorrow, but the larger portion of the interview was spent discussing things to come on Arrow. Check it out below.

CB: Do you think we might ever, before the show's end, see Laurel and Oliver get back together?

During the Arrow/Flash crossover, when you were reading the script for that, this is probably a while back for you, but what was your thought when you got to the script page that just said, 'And now everybody dies'?

I didn't really ... It's funny because, I guess if we weren't shooting ... With the crossover, I was shooting episode 7, 8, 9 and 10, while we were shooting episode 7. So I was actually shooting scenes from four episodes, and so I knew, obviously, that that wasn't the case. I wasn't too worried about it. However, reading the crossover script, I remember reading it and just being like, oh my God, how the hell are we doing to do this? It's huge.

Getting through it ... I think everyone got sick during this, because it takes so much time and energy, and what we do, you can't really explain it to anyone, you kind of have to be it. It's definitely exhausting, but I have to say, 100% fulfilling and well worth it, because the fans love it so much, and obviously, we like to make them happy. It does make our job that much easier, to go in every day knowing that people are responding to it and loving it. We're having so much fun, and the fact that people watch, and have so much fun watching it, it makes it all worth it. Having said that, we're definitely excited when we get through it, and we're back to our normal schedule.

We're like, boom! I don't know how we just did that, but now back to ... It's not as hectic, and not everyone's sick and shooting four episodes all at once. It's all good.

Oh, really? That's awesome. We have an amazing fan base. Most loyal, good fan base. They're comic book fans, and, you know, respect. Awesome.

Agreed. Anyway! In the midseason premiere, Laurel found out about Quentin and Donna's little romance. What are her thoughts on her father dating someone, let alone Donna Smoak, which, she does find out in tonight's premiere?

I think she's definitely caught off-guard when she sort of walks into it, when she's not expecting it. I also, having said that, believe that she's really happy for her father. As hard as it is to see your father with another woman, who isn't your mother, I think that Laurel is mature enough to handle it, and strong enough to handle it, especially it being Felicity's mother ... Laurel loves Felicity, and they're friends. I think that it's kind of good for her. She's going to see it for what it is, and be supportive of whatever makes her father happy.

Awesome. My two final questions here, what can you tease about the future of Laurel Lance's story line? And do you know who's in the grave?

Well, the thing that I thought was so great about this year, and continue to do so, is that we see Laurel a lot stronger, and along with fighting when she goes out there as The Black Canary, we see her more polished, we see her more ... professional. She's in training, and fighting. I feel as if she's become a lot stronger emotionally as well. I think that continues to go that direction. I feel like she's the backbone for a lot of these characters, and she tries to see the best in people, and she is a strong woman, and I love that. I think that we continue to see more of that. I think you'll see someone come along who you don't necessarily expect Laurel to embrace, and she does. Having said that, that's all I can tell you.

There's a lot of ups and downs. I don't know what's going to happen at the end of the season, but up to where we're at, I think it's cool to see somebody overcome so much, and go through such pain, and to come out the other end.

Cool, cool. And finally, does Katie Cassidy know who's in the grave?

Katie does not know who's in the grave, no.

Oh, wow! They keep you in the dark.

Well, let's hope it's not you!

You know, it's television, but I certainly hope it's not me either.

Arrow airs Wednesdays at 8 PM ET on The CW.

Katie Cassidy On Laurel's Future, Getting Back With Oliver, And The Grave