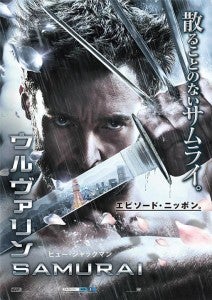 Chris Claremont, the famed X-Men writer who wrote the comic book miniseries upon which The Wolverine is ostensibly based (X-Men: Days of Future Past, too), told Vulture in an interview today that while the film based on some of his most famous work was "a perfectly fine summer movie," he was puzzled by some of the creative choices, hinting that he may have been happier with the direction that Darren Aranofsky, the director originally attached to the project, might have taken it before James Mangold came on board.

"It’s a perfectly fine summer movie. I went into it hoping for a lot more,"  Claremont told Vulture. "This is a story that [producer] Lauren Shuler Donner has wanted to tell for sixteen years, as long as I’ve known her, and that I’ve wanted to tell a lot longer. The challenge always is, when a film goes from concept to execution, it evolves depending on who is directing and who’s writing. As the creator of source material — corporate-owned source material that’s being developed by a rival corporation, no less — I have no say."

That isn't to say there was nothing to be impressed by in the film, though; the writer enjoyed much of the movie--but as Mark Waid reminded us with Man of Steel, a film's third act is key to really making it work, and if you don't like that, the Internet will blare "He Hates This Movie!" 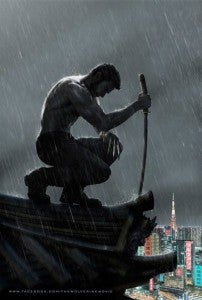 "The first two acts were kick-ass, and they set this up to be a really exceptional, different movie," Claremont said. "It was like the film took this giant step forward. I liked that it focuses on the essence of who Wolverine is and what he does. Hugh Jackman is eloquent, and he owns the character at this point. It’s a surprisingly multidimensional performance," "The third act wasn’t bad, per se, but it was a different tone. That moment he starts motorcycling up the 400 kilometers … he was almost riding into a different movie. It would be interesting to talk to Mangold and ask why they felt they had to go in that direction."

Asked about the very end of the movie, which he quite liked, Claremont elaborated some on why, saying, "That last scene, on the tarmac and plane, was a recovery, bringing the film back to its center — the relationships between Logan and Mariko and Yukio. Mariko is suddenly looking very chic, like she runs the roost. But what does it mean that she now runs Clan Yashida? Well, in the comic it meant one of the biggest crime syndicates in Japan. What does it mean in the movie? I don’t know, but that last scene made me want to know what happens next. And the dynamic between Logan and Yukio is even more interesting — Wolverine with a sidekick, especially one who considers herself his guardian — how’s that going to work? That’s nothing we’ve seen before. As a writer and a member of the audience sitting there, I took that moment and immediately started to play with it, to come up with an adventure in my mind, which I guess when you’re doing a franchise like this is exactly the reaction you want. I guess you go back to the old writer’s adage that when they do your stuff in Hollywood, you smile sweetly upon your credit — if there is one — and enjoy the show."

Hey, they could do worse. In the same interview, he referred to X-Men: The Last Stand as a "clusterf--k."

Legendary X-Men Writer Chris Claremont on The Wolverine: "I Went In Expecting More"