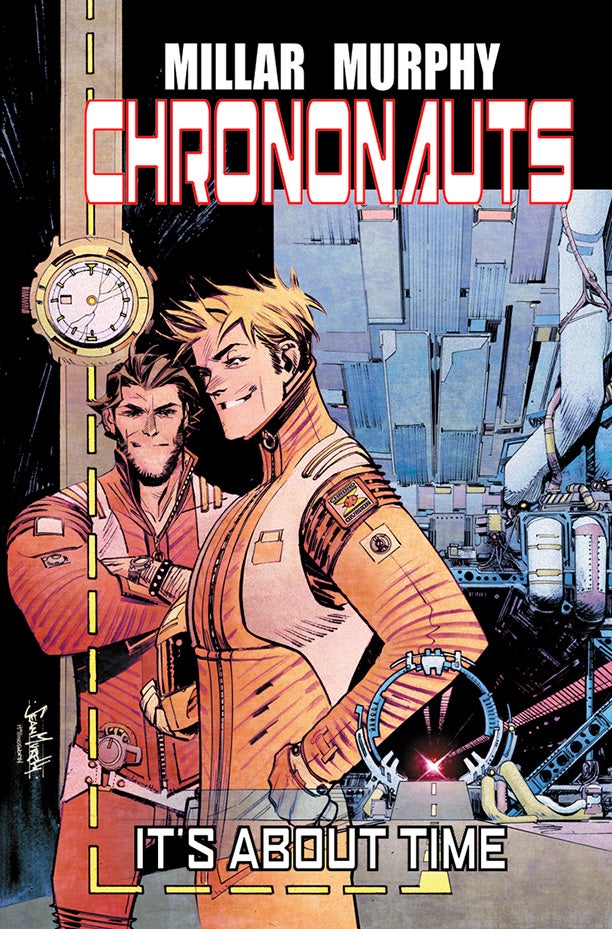 Mark Millar, writer and creator of Kick-Ass and The Secret Service, and Sean Murphy, the artist behind The Wake and writer/artist of Punk Rock Jesus, have announced a new Image Comics series titled Chrononauts, via EW. The series will explore what the world would be like if we treated time travel like space travel, with Millar giving the series the elevator pitch of "Apollo 13 meet The Time Machine."

"'Man's first step into the past' was really the starting point for this, planting an American flag in the soil the day before even Columbus arrives," Millar says. "But of course it all goes horribly wrong and so we have these two guys stranded in the time-stream, trying to get home, but at the same time at this incredible advantage the people around them don't have."

Millar says the series will have a much lighter tone than most science fiction produced today, saying it has more in common with Doctor Who.

"It's essentially a buddy story about two best friends who can jump around between 16th-century Persia, the American Civil War or New York in the '20s," Millar says.

"When Mark first sent me the pitch, I remember showing it to my wife. She looked at me and said, 'Oh my God—this book is so you!' I rarely get to work on a script with comedy, so this entire project has been a real treat," Murphy says. "For the sci-fi designs, I created the suits to be a bit retro—like F1 racing suits from the 1960s. It's a bit more fun and whimsical, and fits the tone of the characters better. A lot of sci-fi tries to reinvent the wheel; for Chrononauts, I went through the last three decades and picked a mix of the coolest stuff that would also feel familiar. That way the readers can focus more on the story and less on the tech."

The first four-issue arc of Chrononauts will launch in March, and Millar and Murphy have plans for at least two more to follow.

You can check out some of Murphy's colored at pages from Chrononauts in the gallery below.