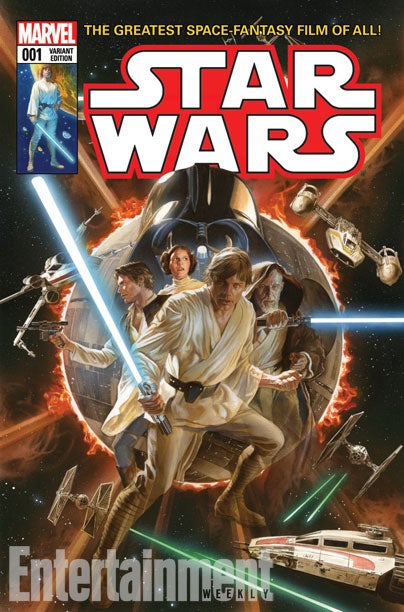 The cover, as many eagle-eyed fans will tell, is a homage to artist Howard Chaykin's original "Star Wars #1" cover. Published in April 1977, the comic was the first issue in a miniseries adaptation of Star Wars Episode IV: A New Hope. The miniseries was the start of a publishing partnership between the House of Ideas and George Lucas' galaxy far, far away that would last for nine years.

Marvel announced earlier this year that it had finally regained the publishing rights to the Star Wars franchise, which Dark Horse Comics exclusively held since 1991. Starting January next year, Marvel will re-enter the Star Wars universe with the after-mentioned "Star Wars #1." Written by Jason Aaron and illustrated by John Cassaday, the series will explore the span of time between A New Hope and The Empire Strikes Back. A host of other Star Wars ongoings and miniseries, including "Darth Vader" and "Princess Leia" will also land in early 2015. 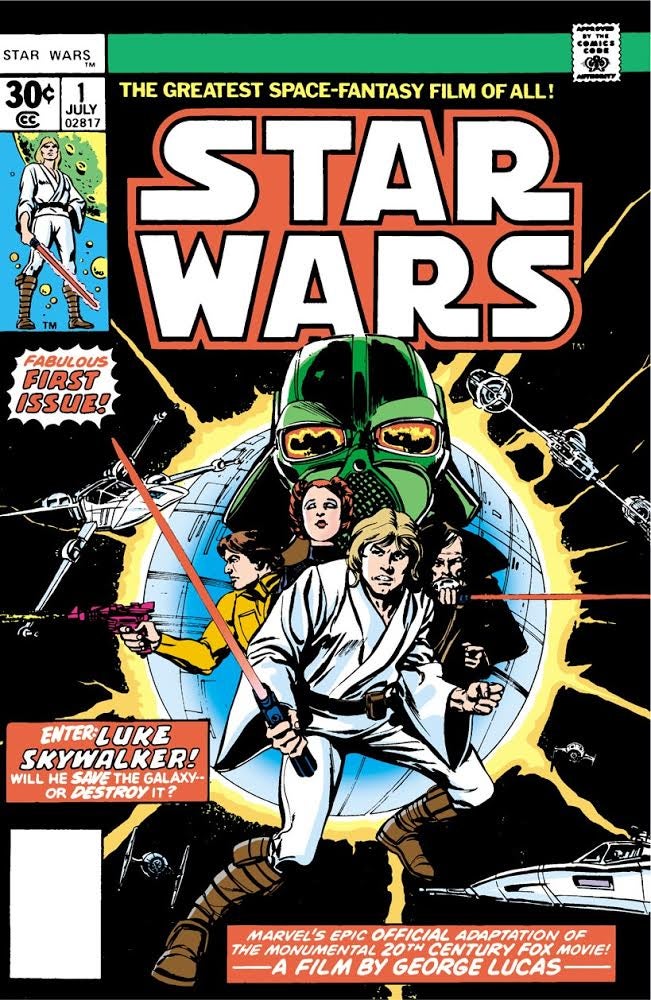