Marvel Studios, apparently, has a much different way of doing business than the average movie studio.

This is probably self-evident, given the reports that they're a bit on the tight-fisted side and given that every actor involved with their big, tentpole movies signs on for multiple pictures just to get in the door. Still, there's been a lot of rumors and speculation of late, and Slashfilm has taken it upon themselves to try and clarify the "Marvel Method" a bit.

They don't specify their source, but speak with some authority and, if true, their version of the way the House of Ideas does things actually explains how so many rumors end up being reported as fact as Marvel's concerned.

Why? Because the first thing you do is sign your contract.

That's right--according to this report, Marvel takes cues from television casting standards, rather than film's, and essentially gives people their deal up-front: "This is how many movies we want from you, and this is what you'll make."  That deal is signed before the actor even tests for the job, meaning that at any given time Marvel might have several actors "on the hook" for a role, but none of those contracts are worth the paper they're printed on--to the actors, at least--until Marvel "activates" it with a formal offer. 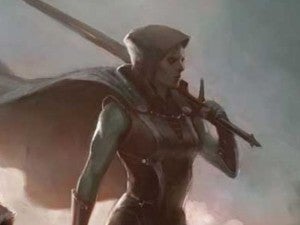 So (and this is key) part of the reason reporters probably screw up and say that Marvel casting is a done deal, is that by the time most studios have a deal in principle for this kind of movie, with the numbers nailed down and a signature on the dotted line, it's all just minor details. With Marvel, though, that's the starting point and if a reporter doesn't know that, they hear that a contract hit the table and immediately report that the role is filled.

(That it's understandable doesn't justify it--but just keep this in mind the next time you hear the third consecutive guy who's "definitely locked in" as Dr. Strange.)

Says Slashfilm, "Before an actor tests for a Marvel role, a deal is written and signed. That last part is important. If an actor wants to read for a role, or go on tape to test for the producers on a Marvel film, they start the process with a deal that specifies salary, the number of films in which that actor can be optioned to appear, and so on. This happens whether or not a part is offered. Thus, when a role is offered, there is already a deal."

By that logic, reports that Marvel have returned to the casting process to test more actors as Drax doesn't really mean they're back at square one, as you would expect. Rather, it means they've already got a handful of actors with whom they've got a deal in principle and they're just looking for someone who's a bit more accommodating than Jason Momoa to hammer out the minor details with.

Again, take this with a grain of salt, but assuming that it's credible, this certainly explains a lot.

Hajime No Ippo's Original Anime Is Coming To Crunchyroll

Attack On Titan: Where Will Season 4 Cut Off?

Avatar's Next Series Needs to Explore a Big Zuko Mystery