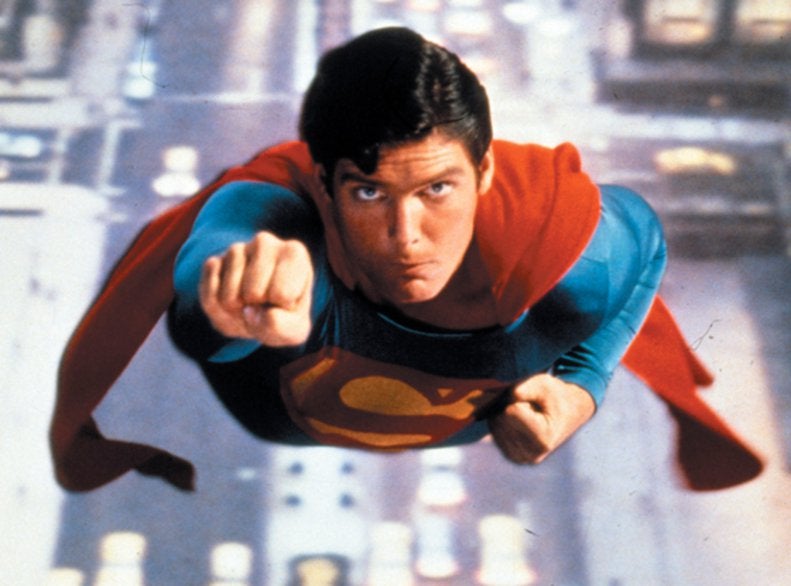 A rediscovered sketch depicting the way Christopher Reeve would look like while he was flying in the 1977 Superman film is being put on display for the first time to the public in O2's Eureka! Gallery in London.

In the sketch, Christopher Reeve is depicted suspended from a rail which he was pulled along. In front of him a small fan was mounted to give the illusion of movement in his hair and to create a billowing effect in his cape.

The pencil sketch was made by Andrew Ainsworth, owner of Shepperton Design Studios, as he struggled to work out the logistics of Reeve flying through the skies. The breakthrough came after a series of failed test shoots which included attempts to fire dummies from cannons to bring a flying man of steel to screens, while another technique had a remote control cast of Superman flying around the studios.

"Back then I only had pencil and paper to work out how the vision in my head could be made a reality on the screen," he said. "Today, filmmakers have the wonders of technology to be able to play with and see whole scenes come to life before a frame has been shot. We came up with the idea of creating a huge front projection screen and designed lightweight composite wind machines, which together made it possible for Christopher Reeve to fly as Superman." 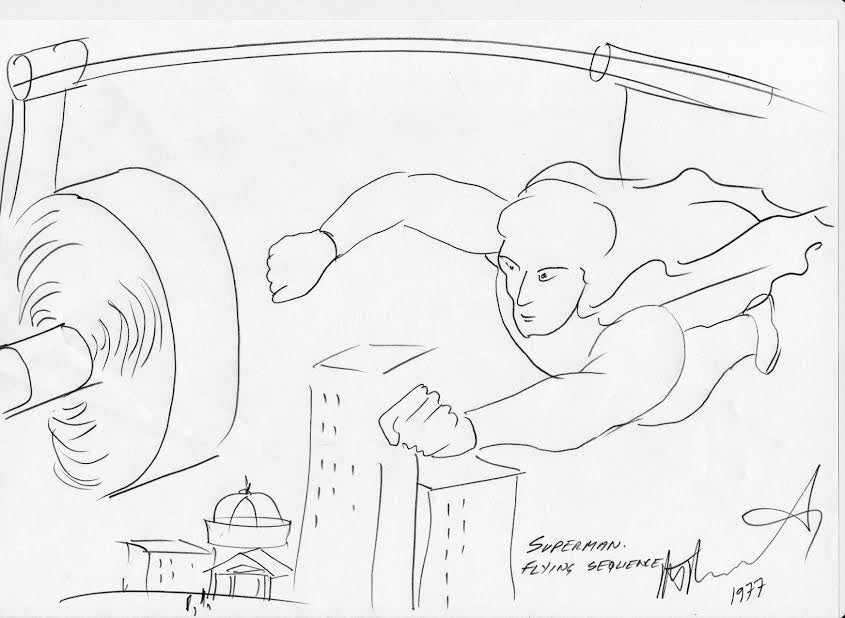 The image was unearthed from the attic where it was found buried in a suitcase of paperwork.

"I put this picture away in a drawer at the time and then it must have been filed away with some papers and lain unseen for years," Ainsworth said. "When I was approached to take part in this exhibition I felt that it was time to look it up, and after days of looking and being convinced it would be forever lost, I finally got my hands on it again."

The image will be on display to the public alongside other breakthroughs in O2's Eureka! Gallery at Proud Archivist until Dec. 5.

Never Before Seen Sketch From Original Superman Movie To Be Displayed At O2's Eureka! Gallery