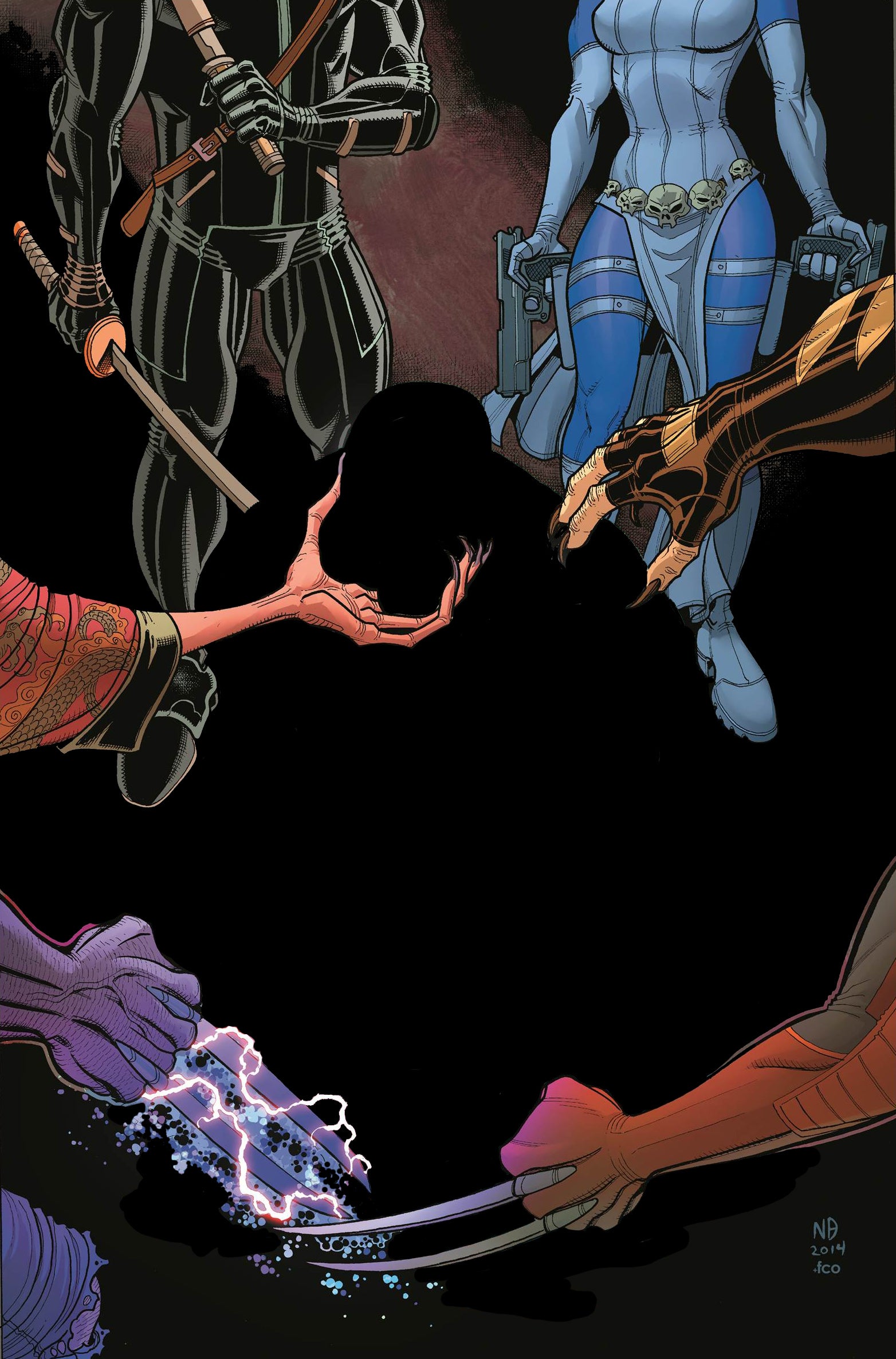 The series centers on a group of Wolverine's circle, including Daken, Mystique and X-23, as they struggle to fill the void left behind by Wolverine's death.

Soule joined ComicBook.com to talk about the book, which will launch in January. 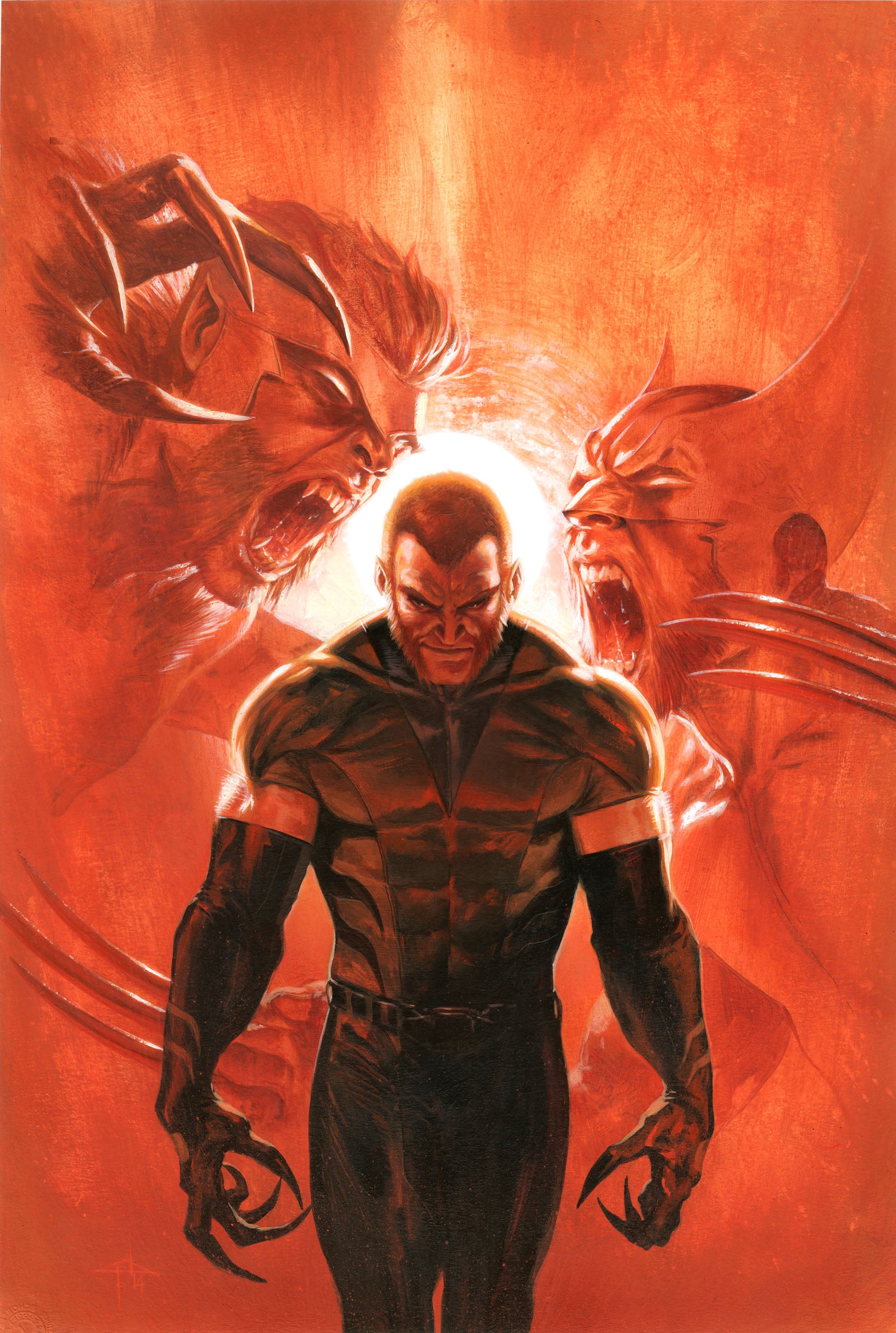 This is the first new title Marvel has launched as a weekly in some time, right? Does your experience writing what sure seemed like a WHOLE LOT of titles all at once help prepare you for that?

I think so – in a way, this is easier, because I’m just thinking about one thing. There are a bunch of issues involved, but they’re all on the same track, if that makes sense? It’s both trickier and simpler at the same time.

This sounds like it's the kind of book that's built to be a bit self-contained...and yet, it's also tied to a character so ubiquitous that his loss has left a mark everywhere. Will you guys be trying to go your own way for a while, or will you have close ties with things like Spider-Man & the X-Men?

It’s designed to have a bunch of connections to the larger Marvel Universe (as I say all the time, it would be foolish not to use those toys – they’re some of the best characters, locations, weapons, gadgets and gizmos in all of pop culture), but also move along on its own. You don’t have to read anything else to understand Wolverines. That said, I think readers will enjoy checking out the two “bridge” series between Death of Wolverine and the upcoming weekly (The Logan Legacy and The Weapon X Project), as they will tie in very closely to the weekly. They serve as both direct sequels to DoW and almost “zero issues” to the weekly, in a way.

What kind of process do you have working with Ray Fawkes? Do you alternate issues and just work together on overall plot or do you split issues?

We’ve been working closely together for a while to pull together the overall structure of the series and its many intertwining plotlines, but at least so far, Ray writes his scripts (the even ones) and I write mine (the odd ones…sometimes the very odd ones). I think Ray is a fantastic writer, and it’s been great to work with him. We’re moving along steadily, and it’s really producing some nice results.

You'd been quoted as saying at a convention that there were no immediate plans to bring back Logan, but one has to assume that somebody has a long-term plan for where the franchise is going. Is that you, or did Marvel offer you this book and the big picture was already pretty fully-formed?

Logan’s definitely dead, and I’m as involved in long-term plans for Wolverine as anyone, and we still are not talking about bringing him back. The idea is to really play with the world without him. I mean, no one will miss him unless he stays away, right? This weekly came out of a bunch of discussions I had with Mike Marts and the rest of Marvel editorial about fun things we could do to spin out of Death of Wolverine. We thought that Logan has such a rich supporting cast that it might be fun to do something awesome with all of them in one book, and here we are!

Obviously everyone on this book are fairly new imports to Marvel. Do you think that will help keep the feel of the title a little more unpredictable and off-the-beaten-path?

We’re trying to make this as unpredictable as possible. The idea is to give readers a fun, new sort of experience where there’s clearly a larger plan, but anything can happen at any time. There are a LOT of twists built into this book. It’s funny, it’s bloody, and I think it works really well.

Has there been one of these characters who has really broken out as being fun to write and getting a lot of the good lines?

They all have their moments. There’s a new character introduced in Issue 3 that I think people will like a lot, and I’ve been having fun with Deathstrike and Mystique – but they’re all cool in their own way. I feel like any one of them could break out – but we’ll see.

Obviously nobody in the book is totally a white hat-type of good guy. Everyone has an edge. Do you think even if he's gone, that's important to a book with "Wolverine" in the title?

I do. People have a certain expectation from a Wolverine-centered book (even if he’s not actually in it), and we will certainly deliver. If you want mean guys (and gals) doing terrible things while being thoroughly entertaining about it, I think you’ll enjoy the hell out of Wolverines.

NYCC: Charles Soule On How A Dead Guy Can Headline a Weekly Title In Wolverines