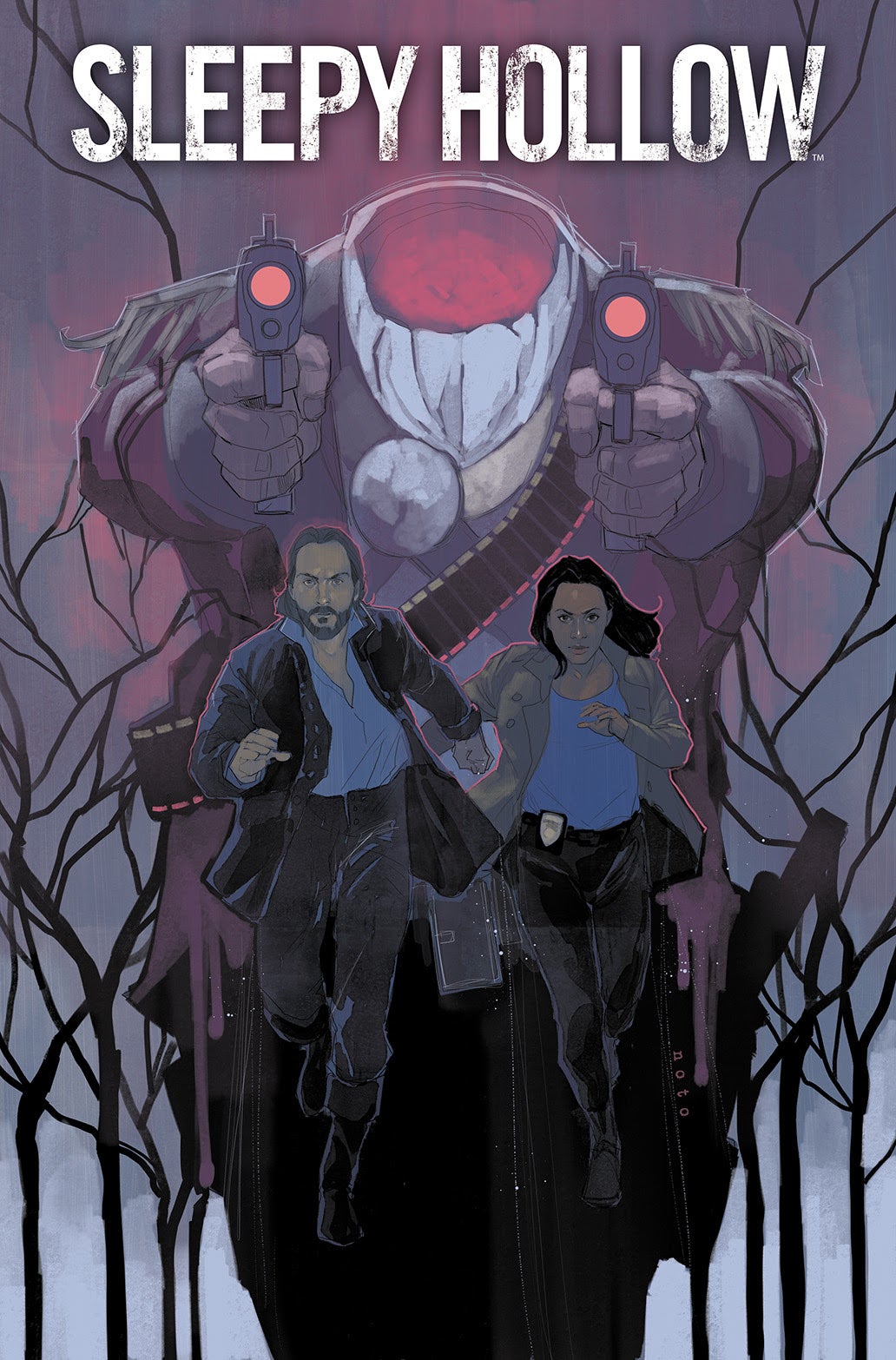 I love self-contained issues: quick, compressed comics that move efficiently from beginning to middle to end. That kind of compact storytelling is tricky though. Without crystalline focus and sharp instincts, a twenty page short story can become a convenient jumble. That is the case with Sleepy Hollow #1.

Sleepy Hollow is based upon the popular Fox television show of the same name. It follows time displaced Ichabod Crane and his friend and partner Lieutenant Abbie Mills as they combat the forces of evil in a small Northeast town. The groundwork has already been laid and it allows for any number of mysteries and monsters to be introduced. That premise is excellent and could still be made to work for future issues. However, Marguerite Bennett and Jorge Coelho's tale in this debut issue suffers from some muddled plotting.

The core concept is intriguing. Bennett composes a mystery that involves possession, witches, and American history. With a few twists and a genuine threat, it plays like something that could easily be a memorable 44 minute episode of the television series. The problem is one of presentation.

Most of this mystery is explained in a single page of exposition that is a slog to read. The clues within the comic are only loosely bound together by a far fetched series of connections. Ichabod and Abbie's guess at what is causing problems feels like a lucky shot in the dark. The biggest issue with the entire story is that everything feels convenient for the protagonists. Their discovery of the problem and eventual solution to it seem to appear because the page count is running out, not due to hard work or creativity. At the end of the issue, Ichabod is either the luckiest man on Earth or has gained control over the weather. Nothing here ever really feels like a challenge.

The character work between Ichabod and Abbie weaves across the line between being fun and forced. Their banter is often enjoyable, but in a couple of sequences crosses over and openly appeals to the audience to like these characters. There's nothing that resembles drama between the two and their interactions could be best characterized as cute. It's a style that plays much better in Noelle Stevenson's backup story. That backup is most certainly cute, but it embraces that tone and makes for a delightful bit of bonus material.

Coelho manages to have some fun with the unlimited off screen budget of comics. He composes some panels of body horror with shiver inducing effects. The best pages of the issue come in two big splash panels where the fury and power of some big moments can be felt. A vehicle tumbling through the air feels every bit as dramatic and loud as it should.

Similar to this week's other television adaptation debut, Doctor Who: The Twelfth Doctor #1, Coelho's art suffers when presenting the stars of Sleepy Hollow. Coelho is working very hard to capture the likenesses of Tom Mison and Nicole Beharie. In doing so, he fails to make these characters his own. Their appearance is often inconsistent and doesn't always suit the style of the comic they occupy. Coelho has a style that suits this book and it is not one that plays to photo realism. That would be a good thing if less effort were put into making these characters appear so much like that of their televised inspirations.

Sleepy Hollow #1 is off to a rough start, but it shows promise. The concept can function within a comic. It contains likable characters, easy opportunities for humor, and loads of creepy potential. If Bennett and Coelho refine their work, then this series could be a lot of fun.