The Robot Chicken DC Comics Special aired tonight on Adult Swim. The thirty minute show pulled no punches when it came to poking fun of various DC Comics characters. Here is a look at five of our favorite moments from the show. 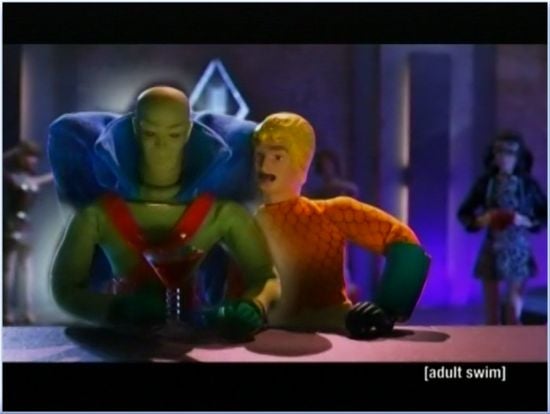 5. Martian Manhunter Masquerades As Woman At A Bar – Superman, Batman, Flash, Green Lantern, and Aquaman walk into a bar. Their mission is to pick up women while in costume. After approaching an attractive woman drinking alone, Aquaman is surprised when she turns into Martian Manhunter. Superman jokes “Aquaman got manhunted.” 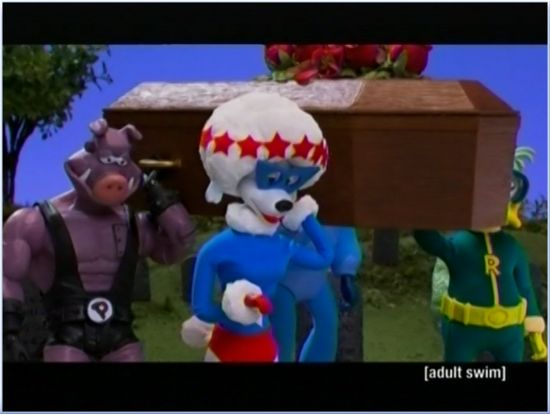 4. Captain Carrot Funeral – Superman, Green Lantern, and Batman attend the funeral of Captain Carrot. Except Green Lantern gets a case of the giggles when he realizes the Zoo Crew is all funny-looking animals. Even Batman loses it when he meets Little Cheese. 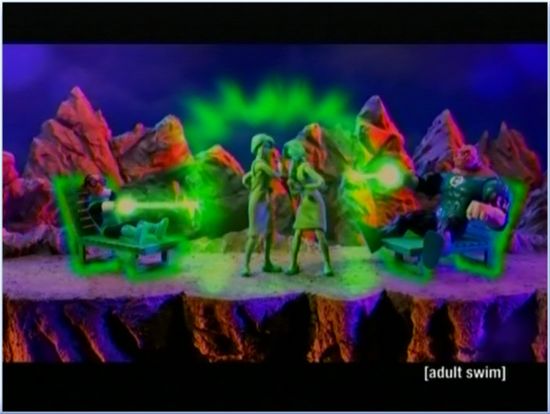 3. Green Lanterns Create Selena Gomez Slap Fight – Thomas Kalmaku is mistaken for Hal Jordan and is whisked away to OA to train as a Green Lantern. In a confrontation with Kilowog, his weapon of choice turns out to be Selena Gomez. After Kilowog creates his own Selena Gomez, a slap fight ensues before things take a more romantic turn. 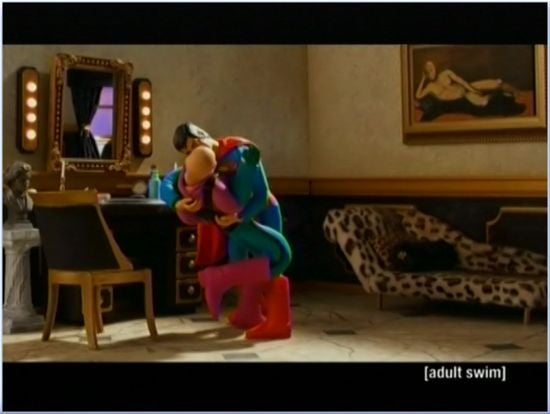 2. Superman Kisses Super-Villains – Speaking of romance, Superman wonders why he doesn’t make more use of his power displayed in Superman II where he can make someone forget something by kissing them. After first using the power on Lois Lane, he proceeds to use it on a bevy of super-villains. 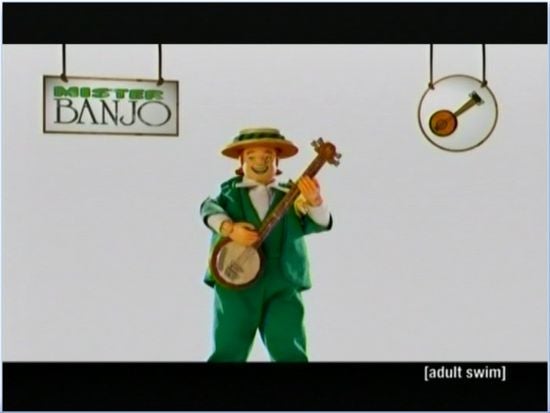 1. Mister Banjo Returns – In a segment on real characters of the DC Comics Universe, we are re-introduced to Mister Banjo. Yes, this really was a super-villain who used his banjo playing to share secrets with the enemy during World War II.