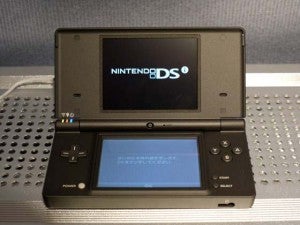 Another one bytes it. Robot Comics has announced that it will release comic books that will be readable on the Nintendo DSi. The comics will be free and will not require any additional downloading or installing of third-party materials. Using the Nintendo DSi browser and then going to dscomics.com will enable users to start reading the comics! Robot Comics' Director, Hermes Pique, had this to say about the announcement, "Our goal is proximity in the broadest sense of the word. We don't want anything -distribution, hardware, even money and copyright-, to get in the way between comics and their potential readers. By releasing free comics for popular hand-helds we are reaching a brand new audience that was largely ignored by the comics industry." To follow up with that bold statement, Robot Comics is releasing these three, free titles first: Thunder Road #1, Anda's Game #1 and Misery Depo. Robot's move could certainly prove to be a worthy one, as more and more companies test the water with digital and multimedia comics on a broader scale. Nintendo DSi users will certainly be in a good position to judge this new endeavor into the digital world.