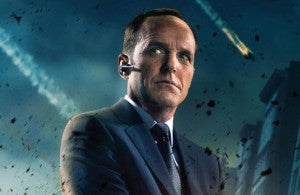 According to a casting notice apparently posted by Marvel Studios, the Joss Whedon-directed S.H.I.E.L.D. pilot is set to go in front of cameras in January 2013, which would put it on pace to air in the fall.

Given the fact that the series will pick up after The Avengers, which made more than a billion and a half dollars worldwide, who it is that hasn't seen the film is anybody's guess.

It also provides a little more insight into the character makeup of the series, saying, “There will generally be new characters and agents who are not superheroes, and even though they are a large organization, they will be underdogs since they still exist in that superhero universe. Clark Gregg is playing Agent Phil Coulson, the same role he has played in Iron Man I & II, Thor, and The Avengers. The series will center on his character. Screen Actors Guild Awards nominee Ming-Na Wen has been cast as as Agent Melinda May, an ace pilot and weapons expert.”

The premise that the series will "center on" Agent Coulson seems to discount the possibility, often raised by fans since the announcement that he would appear in the pilot, that he shows up merely in flashbacks or in training videos. The fan-favorite character was apparently killed in Marvel's The Avengers over the summer, but apparently got better.

S.H.I.E.L.D. Series to "Center Around" Coulson, Pilot Films in January