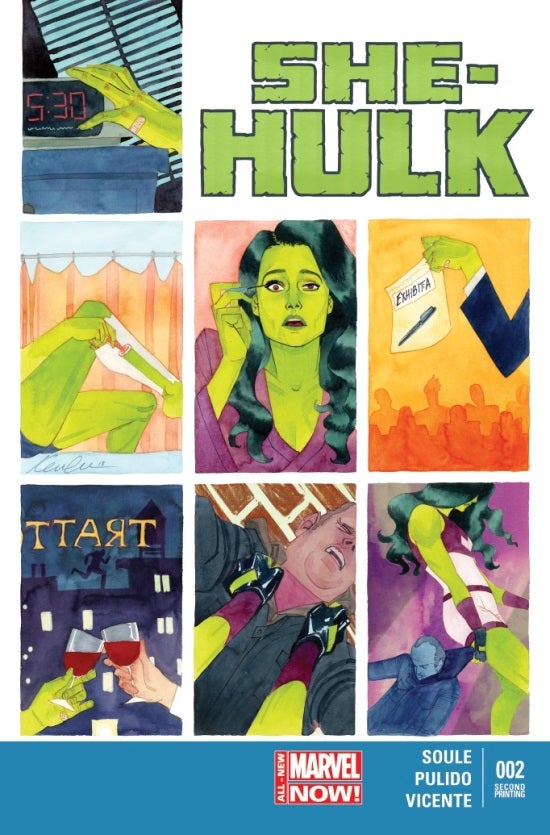 #2 has sold out at the distributor level and been sent back to press for a second printing. Another successful part of the All-New Marvel NOW! initative, She-Hulk sees writer Charles Soule and artist Javier Pulido taking Jennifer Walters back to her roots as a lawyer, even setting up her own law practice. Here's the official solicit for She-Hulk #2:

Jennifer opens her own practice, but things aren't going as smoothly as she'd like.A new client rides into town…but is he hero or villain?Guest-starring Patsy Walker, Hellcat!

She-Hulk #2 Sells Out, Goes Back To Press