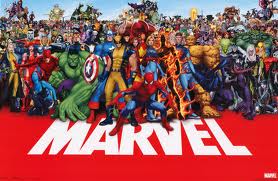 A lot of panels at comic book conventions these days have gotten very good at controlling spoilers, being cagey in responses to pointed fan inquires, and teasing out just enough information to make you feel like you may have gained some insight when, it may turn out later, you didn't gain much at all.  I didn't really find that the case with the panels I attended at this year's Heroes Con in Charlotte.  There were plenty of tidbits dropped, some hints given, and insight offered on some of the various topics going on in comics across the publishers.  One of the more intriguing things said during one of DC's panels was in response to how Marvel and DC appear to differ in terms of the storytelling pieces they are both currently doing.  One of the writers mentioned that at this time he felt that DC was doing more "singular storytelling" than Marvel.  The comment stuck with me, and as a reader of both DC and Marvel, as well as Image, Dark Horse, Boom, etc., I could see that the comment made sense.  This begs the question: should Marvel start collapsing some of its titles or have more of that "singular storytelling?"  Is that where the Marvel Now! campaign is headed?

Let's start off by explaining what I believe the definition of singular storytelling is, as implied at the DC panel at Heroes Con.  Singular storytelling in this context means that there are not a lot of crossovers, multiple storylines crossing multiple books, not a lot of "family" books going on at the same time, etc.  The point makes a lot of sense.  If you look at the new DC 52, they do have a point.  Let's break down the current run of books that are in DC's stable that can be considered "families".

Obviously the Batman family stands out here for its volume of titles, but even within that, the only major criss-crossing has been with the Court of Owls story, and in all honesty, let's break it down:  Batwoman acts independent of Batman completely, Nightwing has his own globetrotting stories and is building his own rogues gallery, and Batwing is taking place mostly on a different part of the world with only the brand tying him to Batman.  They read as singular books. In looking at the Superman family, Superman stands on his own, Supergirl is following her own journey, Superboy's path is taking a different trajectory altogether, and Action takes a younger look at the hero.  I don't feel compelled to go check out the other titles as follow-up to a story or to get another angle on a character relationship.  Again, I read Marvel books as well, quite a lot actually, but let's now look at the Marvel "families" that exist and their respective titles:

If this were 1995 or heck, even four years ago, I might include Spider-Man on this list.  There were no less than four Spider-Man titles on the market at any given time it seemed at some point in Marvel's recent publishing, but now, it is shockingly down to just two primary ones: The Amazing Spider-Man and Avenging Spider-Man.  Spider-Man and Wolverine both, however, appear in numerous Marvel titles, with both being on various Avengers teams, the X-Men, and Spidey makes frequent appearances in FF.  Again, as I've said before, I do enjoy many a Marvel title, but there are many times, especially in the thick of many Marvel crossovers, where the titles feel as if they are not in-step with their own singular purpose and tend to cross over a bit too much into the other books.  I know a lot of that is designed to get people interested in other books, and the more people who read Avengers Academy the better and if that's by way of an Avengers' event, so be it, and it can work, but the process can leave many put off or not as in touch with the rest of the story going on.

In fairness to Marvel, DC is almost at a year into this relaunch, and while the only major crossovers so far have been the recent "Culling" in Teen Titans and Superboy along with the well-received "Court of Owls" story that crossed into several of the Bat books. Even those felt contained and settled, and the company has done some other testing of the waters with characters crossing into each others stories, as with Firestorm appearing in Justice League International.  Will some company-wide events happen in the future that will start tapping into the other books, absolutely. It's comics, and even though it's grand entertainment, it is a money making business, so big events happen in order to continue to fuel that enjoyment.  However, if DC can handle the events the way they have so far, they singular effects they are going for can be preserved.  I'm also currently reading Avengers vs. X-Men, which is shaping up to be pretty interesting, and if this actually has lasting effects on the grander Marvel universe, I will be truly impressed.

With the Marvel events of late, I have talked to several readers at conventions, in casual conversation, etc., who have expressed the feeling that at times the Marvel events are great in the overall scope, but sometimes the crossing across different books leaves them feeling a little lost, with guest characters, glimpses at other storylines happening elsewhere, and more that may be off-putting to a casual reader, or a reader who only picks up certain titles.  Marvel is sometimes guilty of too much in too many places.  I felt that a bit with last year's Fear Itself, which varied widely in continuity and story clarity from title to title.  Avengers vs. X-Men is a little guilty of this to some extent, more so in the Avengers family rather than the X-Men.  The story has felt a bit rushed of late in those books, and we seem to be thrown into the middle of things without clear direction, and you can't always assume that everyone is picking up the event books and their main story.  It has to more often than not be coherent for those who are loyal readers as well as those who are passerby for the event.

I wouldn't just ascribe this feeling to events, either.  After the schism event in the X-Men books, I, as someone who had not actively read X-Men titles for awhile, looked forward to the chance to starting anew with the books and the teams that were forming out of it.  The three that followed in the wake, Uncanny X-Men, Wolverine and the X-Men and X-Men, that I actively read were genuinely interesting at the start just over a year ago.  I'm curious to see what happens after the events of AvX.  The Avengers' titles themselves have been a difficult group to follow in the past couple of years, with the team rosters' changing with some regularity here and there, new members on several teams it seems at times, and then the crossovers!  Each book has its own distinct feel, but are there too many?  Will Marvel's proposed Marvel Now address some of these ideas and make it more accessible and less "muddy" in terms of clarity of story.

Again, I love Marvel books, and I love DC books, but I can see where that singularity is where DC has an edge over Marvel at this time.  If Marvel is indeed following a bit of a similar drummer in DC's direction with the relaunch, I will be curious to see how they do when it comes to wiping the slate a bit in regards to storytelling.  I love the history of Marvel, but there are some cues that the company could pick up on from DC if this new Marvel initiative follows through.