Fans of J.J. Abrams' rebooted Star Trek franchise are now able to continue the adventure with Captain Kirk and the crew of the Enterprise after the events of Stark Trek Beyond - thanks to the new Star Trek: Bold Go comic book series from IDW.

Boldly Go launched back in September, pitting the characters of the Star Trek "Kelvin Timeline" (that would be Chris Pine's Kirk, Zachary Quinto's Spock, Zoe Saldana's Uhura, etc...) against familiar franchise villains, The Borg. With the series' fourth issue now hitting shelves and digital, the ending to the first, Borg-centric storyline has offered a reveal that franchise fans may find interesting. 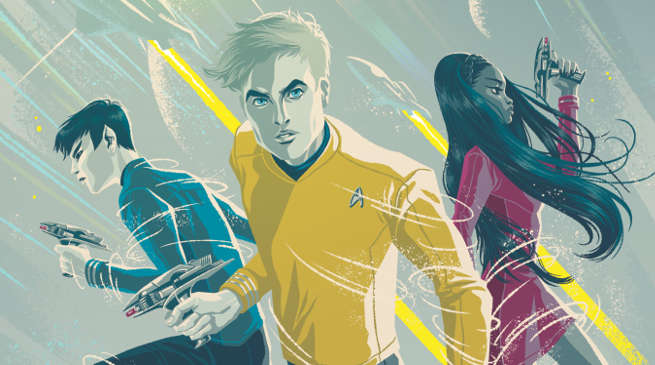 The big reveal that Star Trek fans may find interesting is that Spock is apparently immune to Borg assimilation!

After being captured by the predatory techno-organic race (along with a lot of other Starfleet officers), Spock manages to break free of the Borg's nanotech, warding off their attempts at assimilation.

What it is about Spock exactly is unclear (mixed race, logic mentality, etc.), but it is a nice little touch to the character that fans will appreciate.

For a complete breakdown on the twists and spoilers of Star Trek: Boldly Go's Borg storyline, head over to Screen Rant.