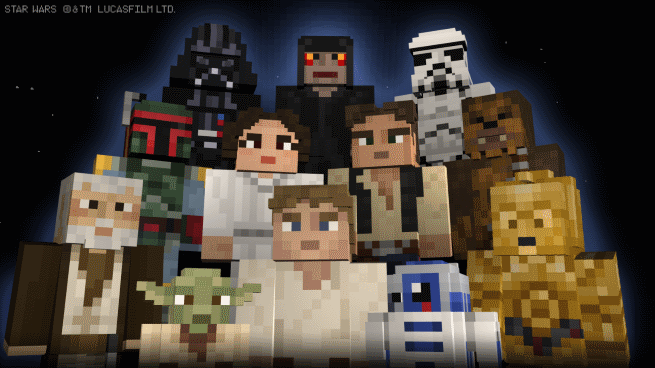 Disney, Lucasfilm, and Microsoft have joined forces to bring Star Wars to Minecraft.

The Star Wars Classic Skin Pack has been released for Minecraft on Xbox One and Xbox 360. The DLC pack, priced at $3.99, features 55 skins based on characters from the original Star Wars trilogy.

Here's the full list of skins included in the pack

This is the latest collaboration between Disney and Minecraft, with skins based on Marvel characters having been released earlier this year.