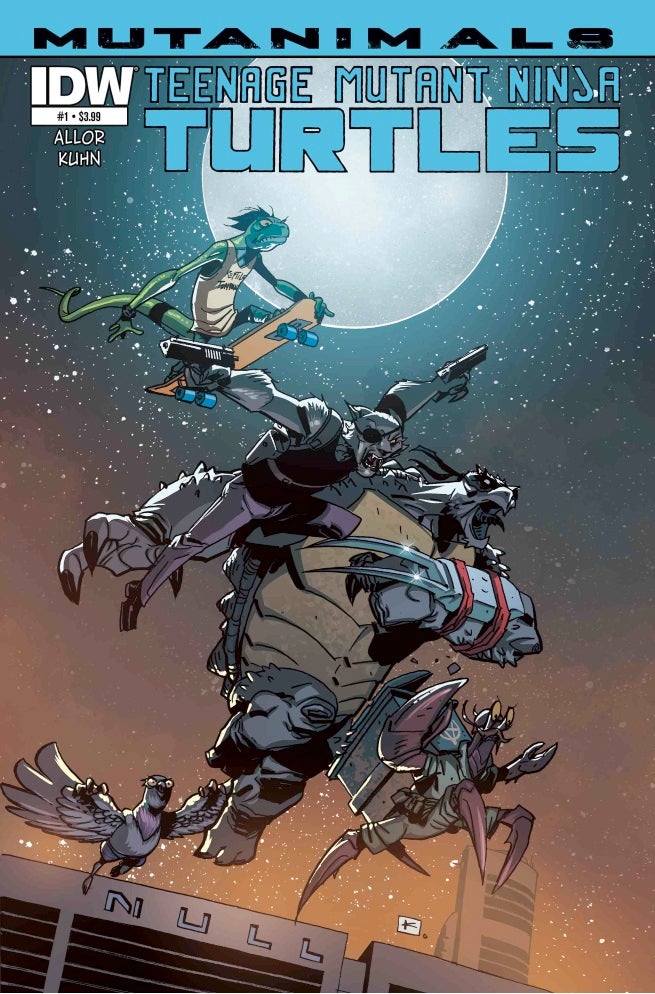 The Teenage Mutant Ninja Turtles' uneasy allies, the Mutanimals, are getting their own minseries from IDW Publishing in February 2015.

When someone close to the Mutanimals goes missing, the team consisting of Old Hob, Slash, Mondo Gecko, Herman the Hermit Crab, and Pigeon Pete will be put to the ultimate test, as they try to take on a mysterious new entity known as The Null Group.

The series will written by Paul Allor, who has written several TMNT Micro-Seres one-shots, as well as The Ultrom Empire and Turtles in Time miniseries. Andy Kuhn, who created the new IDW design for Mutanimals leader Slash, will provide covers and interior art. Ben Bates will provide a variant cover to the first issue.

"IDW and all the creators involved have done an amazing job introducing the Mutanimals into this universe," said Allor. "It's very exciting to see them get their own mini-series, and an absolute honor to be the guy writing it, especially since it means working again with artist Andy Kuhn. Every TMNT tie-in and mini has offered the readers something new and awesome, and we hope to continue that streak on TMNT: Mutanimals."

"I'm super-stoked to be a part of the team that's bringing The Mutanimals back," said Kuhn. "This year my Christmas is four months long!"

The Mutanimals previously starred in their own comic book series in the early '90s, and their new adventure will tie directly into IDW's ongoing Teenage Mutant Ninja Turtles series.

You can pre-order the first issue of TMNT: Mutanimals with Diamond Code DEC140484.

Teenage Mutant Ninja Turtles: The Mutanimals Get Their Own Miniseries From IDW In February