Earlier this week we covered the first half of ComicBook.Com's Best Comics of 2014 list. It was an incredible selection of comics from a wide variety of publishers including both ongoing series and standalone comics and collections. That is every bit as true for the selections found in the second half of the list.

Although the list is ranked, the rankings are based on which works I found to be the most powerful and moving. None of the comics selected here are quantitatively better than any other. They are all a testament to the power of the medium and equally worthy of your consideration.

Now for the second half of the list: the top ten comics of 2014. 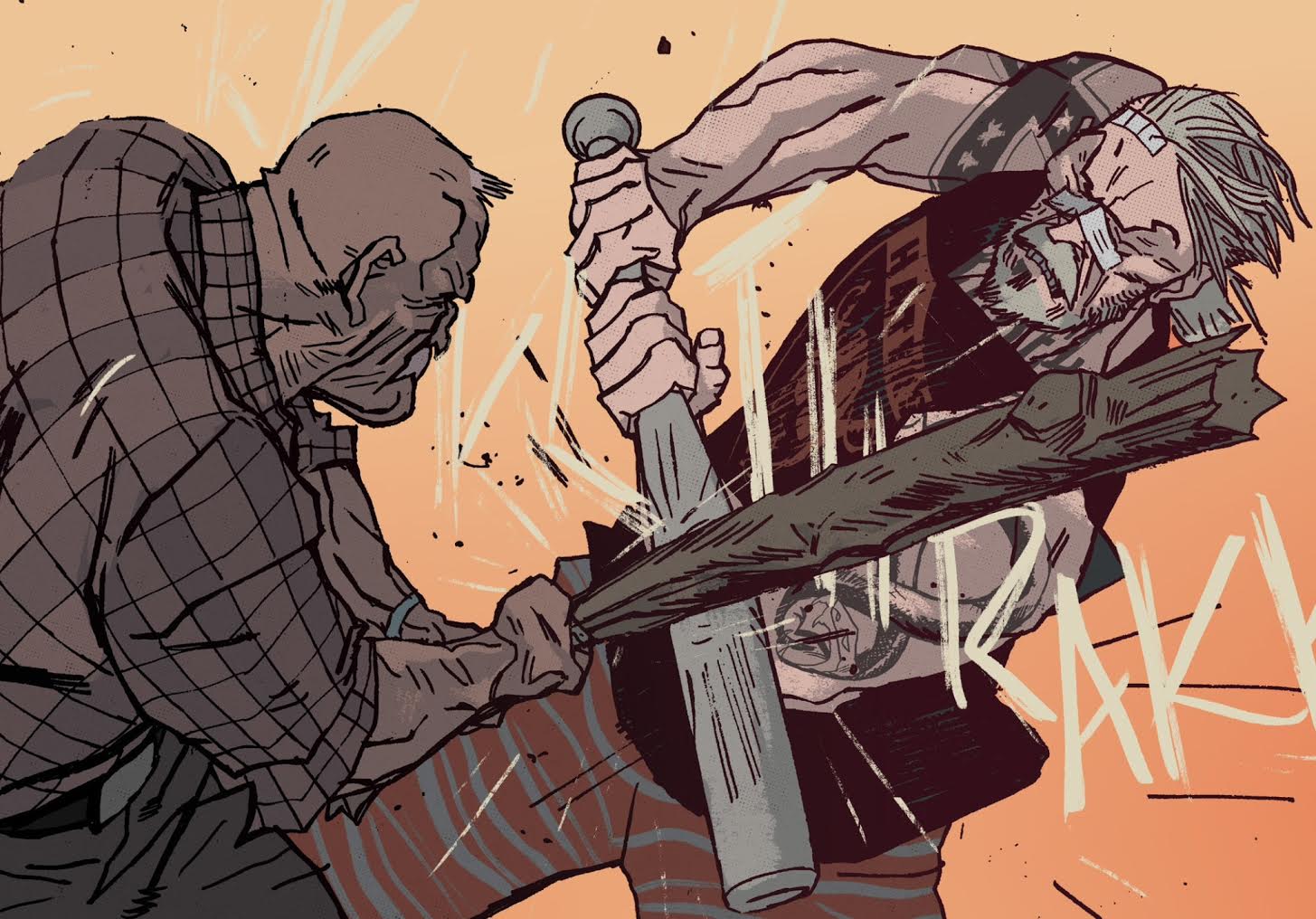 By Jason Aaron, Jason Latour, and others

Aaron and Latour are crafting one of the most brutal and honest reflections of the American South and heartland to be found in any medium. The series enjoyment of sweet tea, BBQ, football, and branding only seems cartoonish to an outsider. As someone with deep roots in small town America, I'm continually struck by the authenticity found this story. Latour's depictions of smalltown life ranging from the senseless brutality to the sometimes hilarious interactions between members of a community without many outside influences hit very close to home. Southern Bastards, in all of its twisted cruelty, is a series marked by its honesty, a journey into a modern heart of darkness. 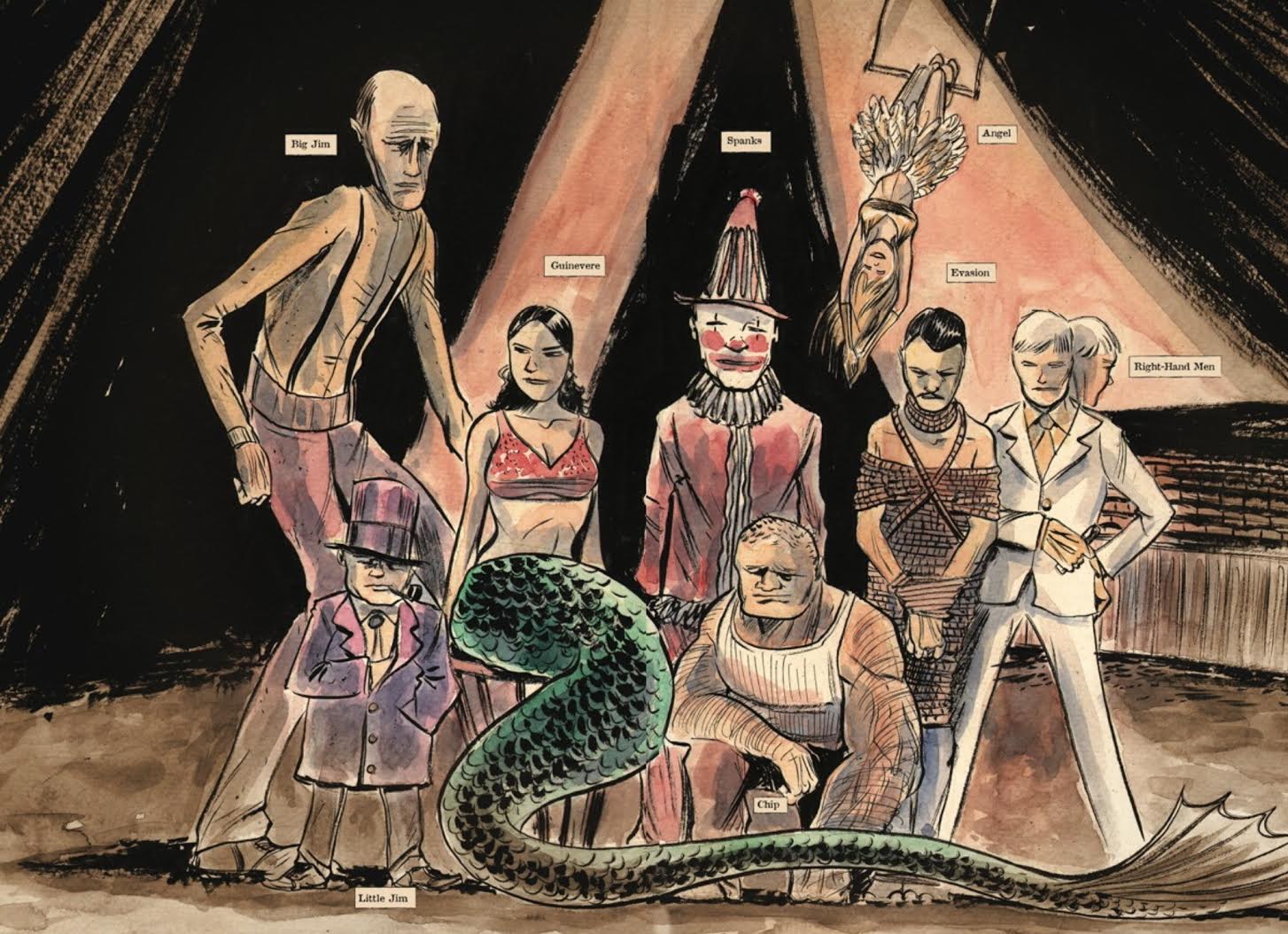 Kindt continues to explore and experiment within the comics medium in his most masterful work to date. Every aspect of every issue is used in order to add depth and complexity to the world and story Kindt is constructing. Margins, covers, and back matter are all made to effect the mysterious, mind-bending spy thriller. It's an absolute joy to see him evolve as both a writer and artist. This is the work of someone who is unwilling to accept the heaps of praise he already receives, but chooses to push himself further every year. As long as Kindt continues to strive to grow his repertoire of storytelling tools, I'll be reading everything he produces. Mind MGMT is a comic where the form is every bit as important as the story, elevating both. 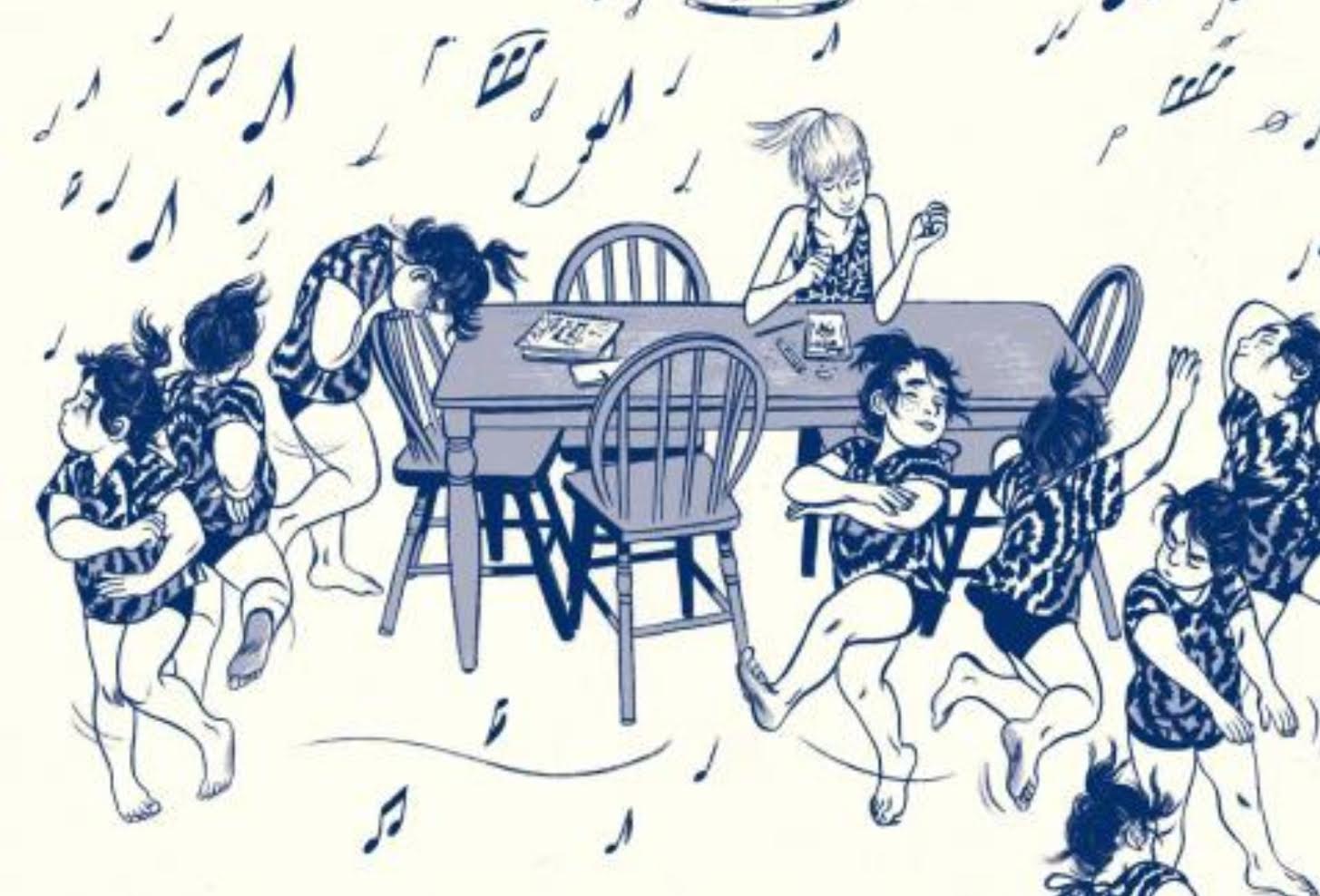 8. This One Summer (First Second)

By Jillian Tamaki and Mariko Tamaki

This One Summer is a thoughtful, carefully paced reverie on the transformations of adolescence. The two teenage girls who spend the summer together are provided with the unique perspective that briefly emerges in the years between childhood and adulthood. They are both of the world and apart from it, struggling to understand the stories unfolding around them. Its difficult to illustrate just how well This One Summer manages to capture the feel of this strange period of life. Even though you may not have shared the exact experiences of these two young women, you will be returned to this strange, ephemeral time of growth in a comic worth revisiting again and again. 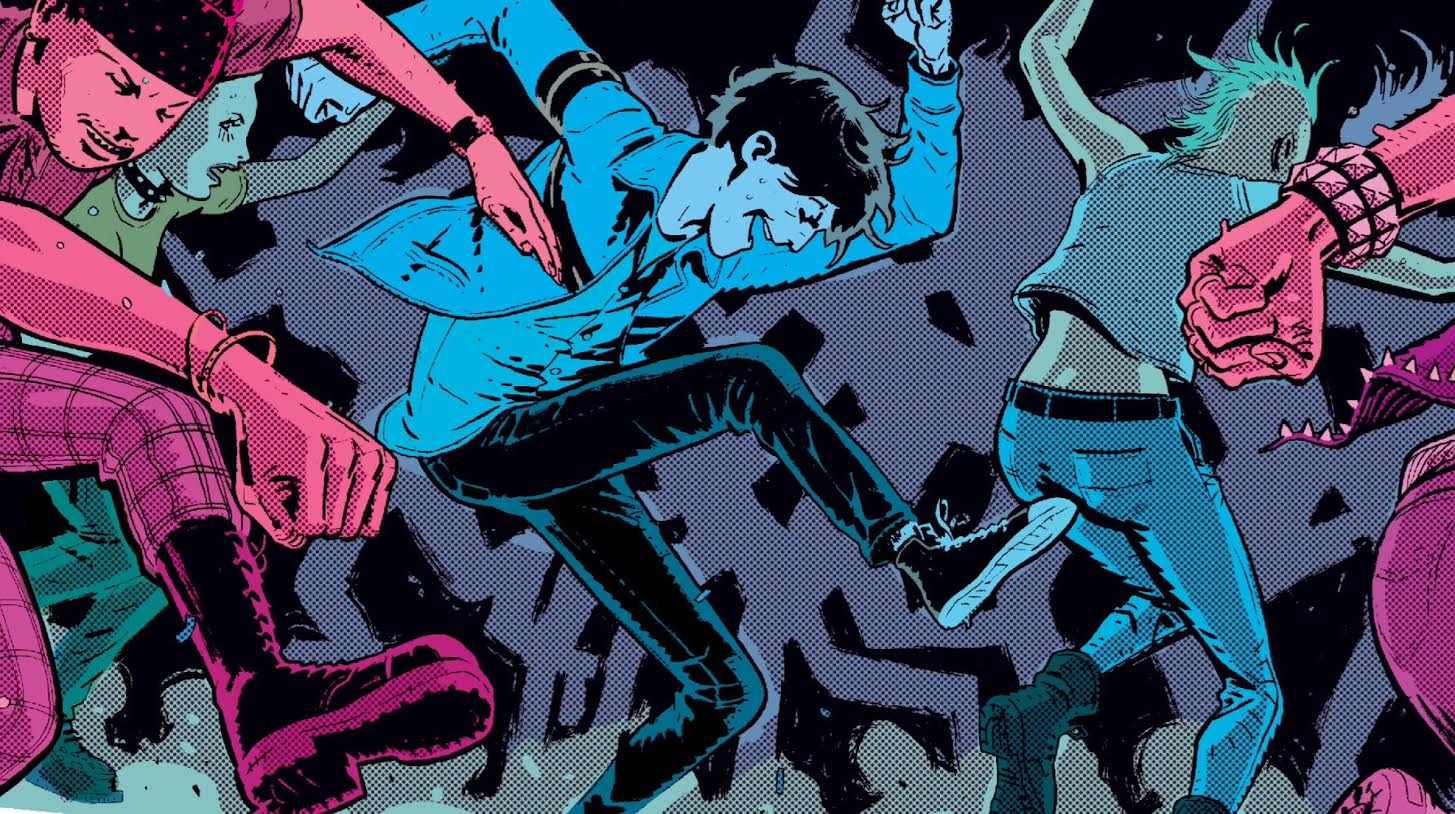 By Rick Remender, Wes Craig, Lee Loughridge, and others

Deadly Class is a deeply moving narrative also built upon the experiences of adolescence. Remender's focus on the pains of growing up in a school of assassins exaggerates the metaphorical wounds of growing up into something far more real and frightening. In discovering the pain and suffering inflicted on these characters by themselves, one another, and outside forces, Remender and Craig dig provide outlets and connections for readers. Craig's cartooning is absolutely superb. He conveys story, emotion, and impact on each page with striking compositions and layouts. His craftsmanship summons a reality that is a fun-house reflection of our own, providing catharsis through the recognition of shared abuse. 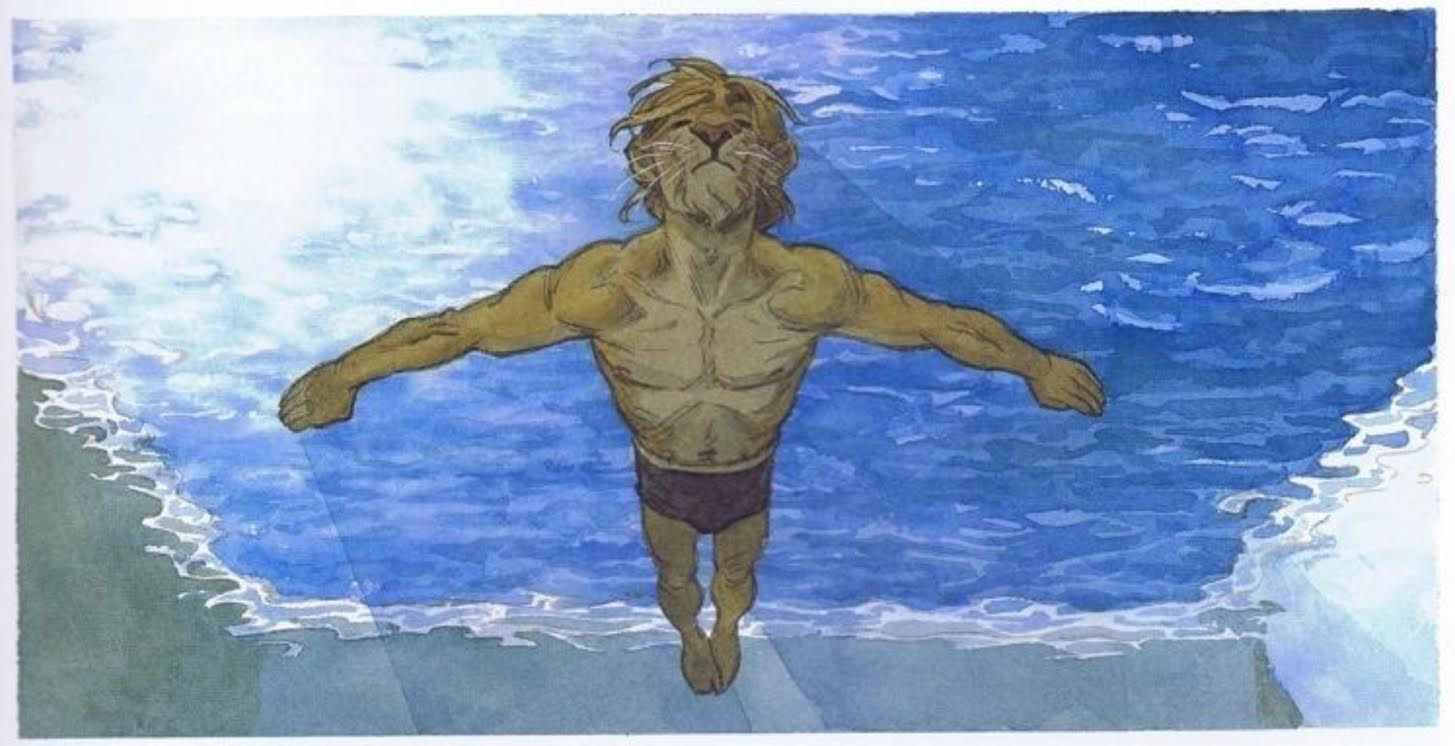 Blacksad is an unnecessarily well made comic; that goes for every new volume. Guarnido's compositions and design work are some of the best in all of Europe. Each panel is painstakingly crafted to evoke specific emotions and reactions. Lighting, color, and perspective all come into play in one of the best composed comics on any continent. Canales understands the noir genre and writes characters and plots that feel familiar to fans, but which also bring forth new elements and ideas. It's difficult to illuminate just how much time and care is put into the craft of this story; easier to just read the comic and recognize it for the wonder it is. 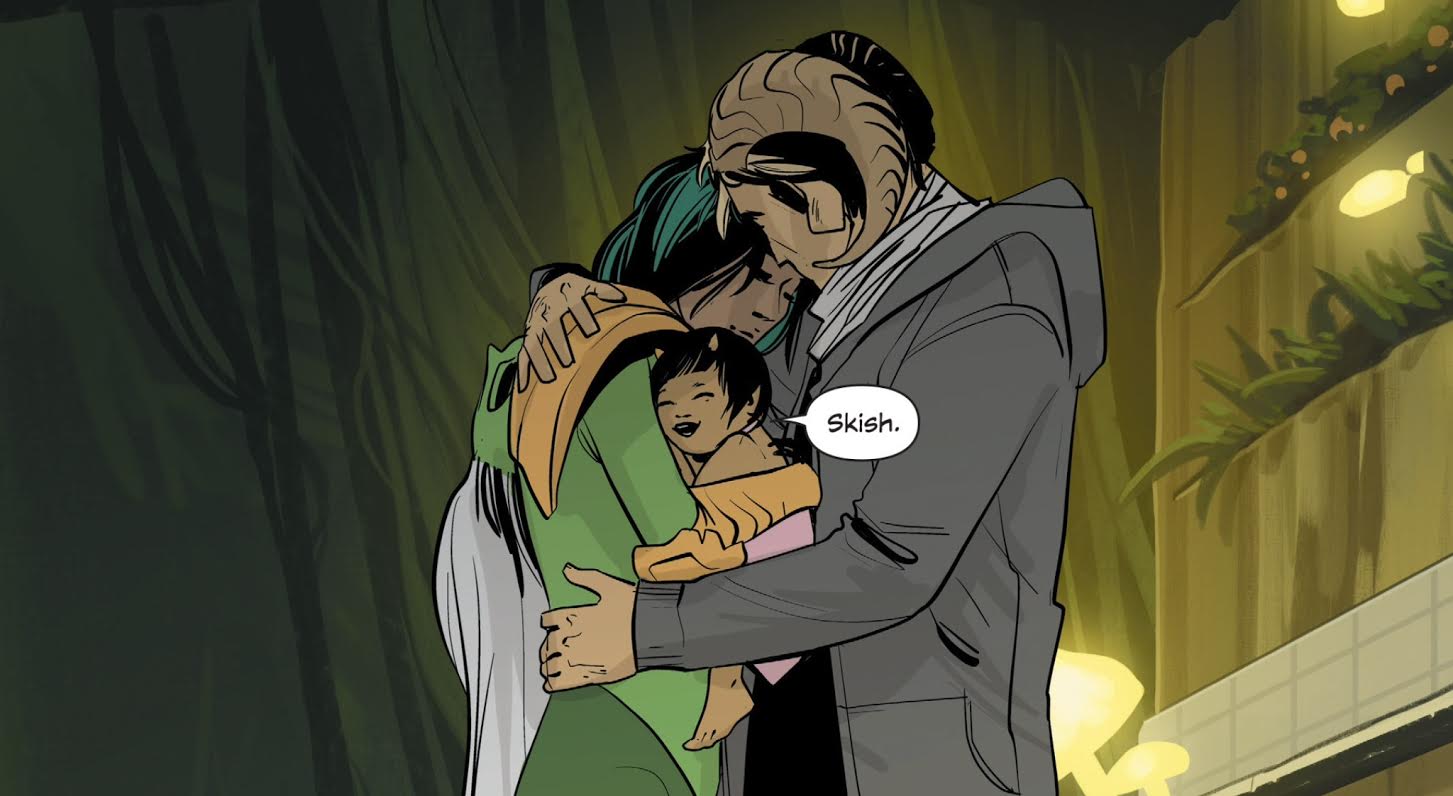 Saga is a perfect monthly comic. I've made no qualms about my love for the series since the first issue and refuse to apologize for putting it this high on the list. Both Vaughan and Staples are doing the best work of their careers, telling a galaxy-spanning story that continues to grow without ever losing track of itself. Each issue contains striking, beautiful artwork and advances the story of a beloved cast of characters towards the newest cliffhanger. There is a good reason that so many readers have responded to these characters and the story they occupy; it's nearly perfect. This is THE example of why comics fans buy new issues of a series every month, delivering a stunning new chapter with each installment. 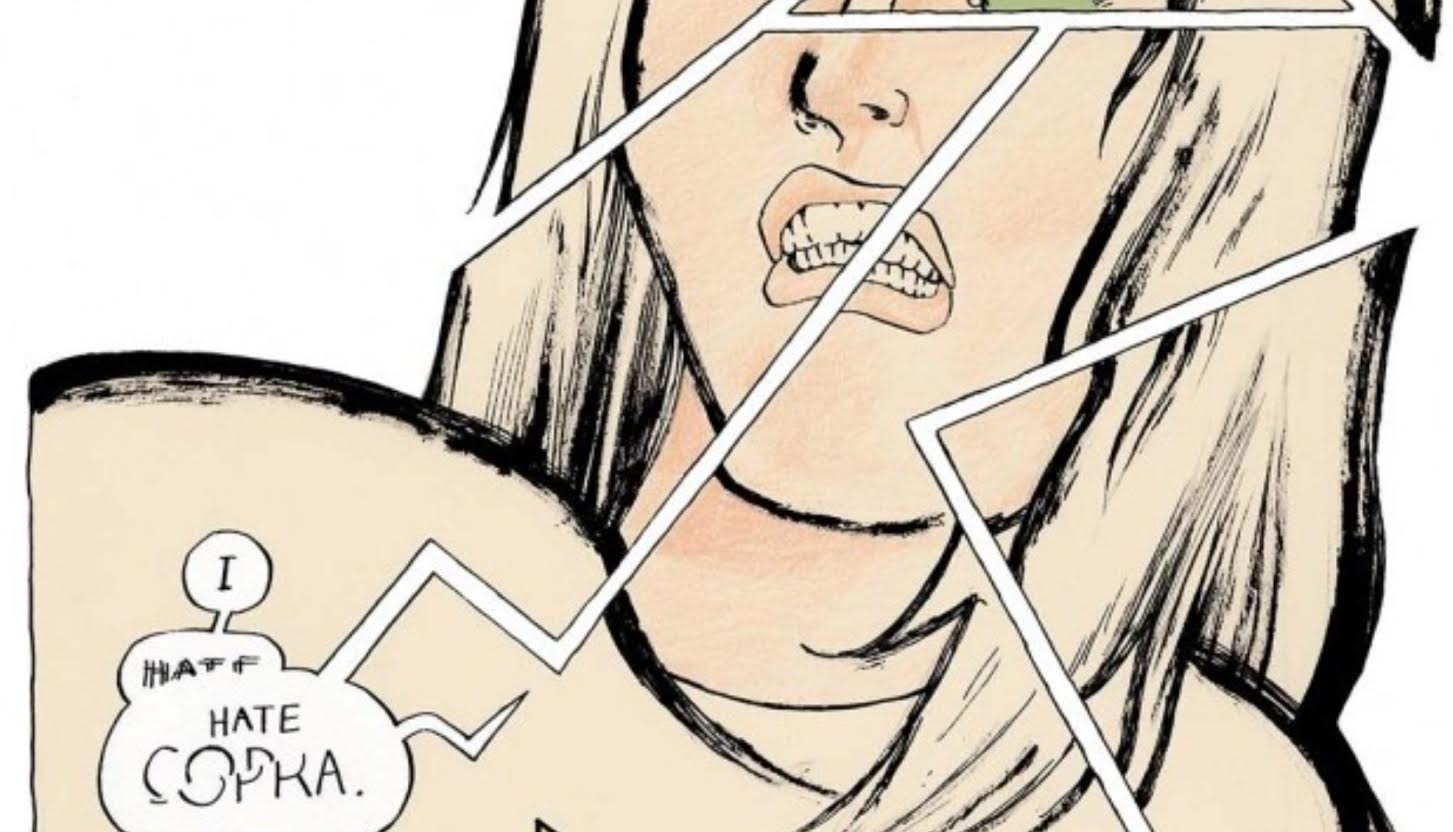 Each new monthly installment of COPRA is every bit as good (and often better than) anything found in mainstream comics, coming from a true auteur of the medium. Fiffe, who still sells individual issues from his Etsy account, carefully crafts every aspect from the art to the writing to the lettering. It is one individual's vision flawlessly brought to life. He continues to grow and evolve along with the series, providing his own unique creations while honoring those of comics luminaries such as Steve Ditko and Jack Kirby. If you want to understand the attraction of independent comic books, this is it. It's every bit as polished and refined as anything published at a major firm, but the ideas and content are far more fresh. There's nothing stopping Fiffe from pouring his mind directly onto the page and delivering a brilliant, brande new vision with each issue.

By Grant Morrison, Frank Quitely, Nathan Fairbairn, and others

The Multiversity: Pax Americana #1 is a finely crafted piece of clockwork. Every panel, choice of color, and speech bubble represents a purposeful decision, imparting meaning on itself and the work as a whole. It is a comic that must be read multiple times in order to understand the many ways in which each page connects to the story and its nearly infinite aspects. There has been so much focus on how the comic is composed that the why of it has become somewhat lost. Yet the why of it is was makes this comic truly moving. There are potent themes of violence and jingoism on display here that are so very relevant to the culture to which the title refers. Morrison, Quitely, and Fairbairn are all proven to be master craftsman in this one issue, creating a comic that functions as both a formalistic and thematic masterpiece. 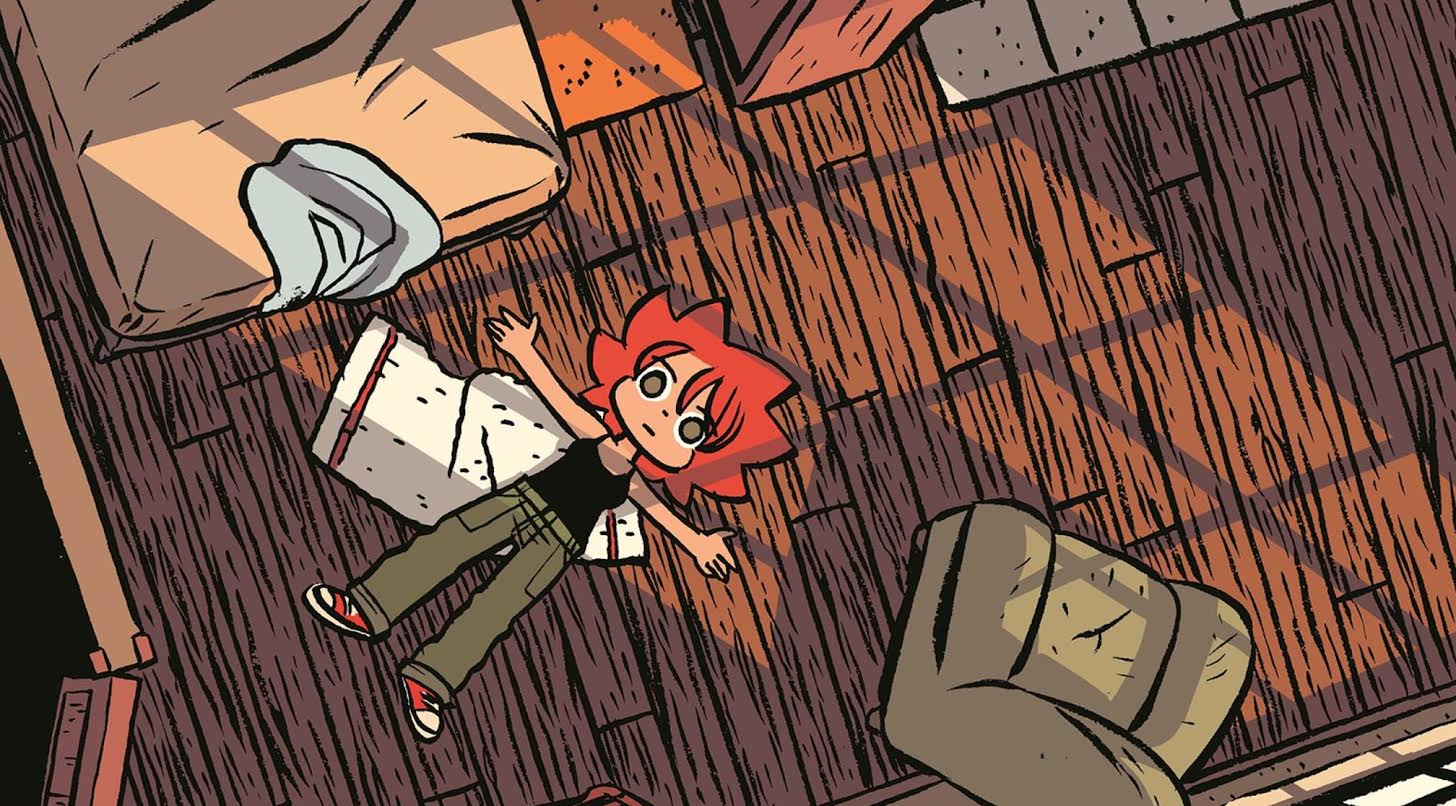 By Bryan Lee O'Malley, Nathan Fairbairn, and others

O'Malley's first new work after the conclusion of Scott Pilgrim reveals him to be a cartoonist that is constantly advancing both his craft and ideas. Seconds represents a maturation upon the characters and ideas of his previous work, moving from the aimless questions of youth into the struggles of early adulthood. His characters and their struggles are both specific and universal, with even the most minor of figures reflecting a full human being. Beyond the advancement of ideas, Seconds shows that O'Mally has grown as a cartoonist as well. It is an impeccable work where every panel transition and line serves the story. Every page could be broken down and discussed using the tools provided in Understanding Comics in order to better teach the how and why of comics creation. O'Malley manages to make every new comic better than his last, and considering his small but powerful body of work, that is an impressive feat.

1. The People Inside (Oni Press)

The People Inside is the best new comic of 2014. I love it so very much. Fawkes' frames the story of thirty-two lives separated into thirty-two panels, advancing one step with every turn of the page. People grow together and apart, change for better and worse, live and die all in the span of this one volume. It is a complex format that can be read in a variety of ways, involving the reader as an active participant in how these stories unfold. Fawkes' cartooning and lack of dialogue (with the notable exception of three words) tells stories where the images matter far more than the words.

It is a comic about life in all of its forms, seeking not to judge a diverse section of humanity, but to understand and empathize. Fawkes creates a window into thirty-two lives that provide readers with a brief glimpse of a world outside their own and a reflection of themselves. The People Inside is a work of stunning beauty.

That's it for ComicBook.Com's best comics of 2014: twenty of the absolute best works from a wide field of beautifully crafted, emotionally resonant, and impactful comics. It's a powerful collection of art and representative of another great year in comics.

So what were your favorite comics of 2014?

A Brief Note on Accreditation: Many of the comics on this list are a collaborative effort featuring the work of writers, pencillers, inkers, colorists, letterers, designers, and many others. Rather than feature a comprehensive list of all creators involved in the creation of each comic, I have opted to include only the names of artists, writers, and colorists. Furthermore, only the names of primary creators (those most consistently credited to the work) are included. If a comic included the work of creators not mentioned by name, the phrase "and others" was used to imply a larger collaborative effort. This is not meant to demean the work of the others involved. It is a decision made due to concern for space.