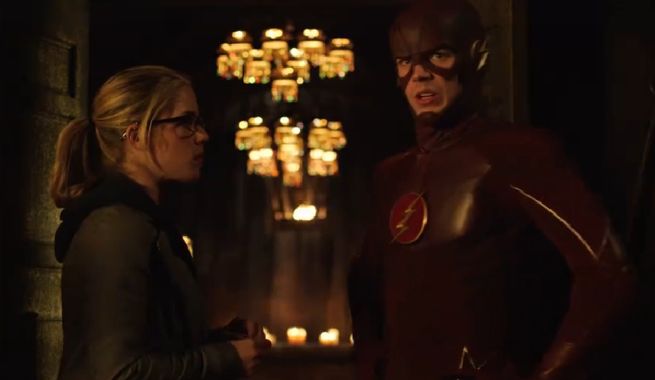 The CW has released an expanded, one-minute trailer for Arrow's season finale, titled "My Name is Oliver Queen," which airs next week.

The trailer features The Flash, and solves the mystery of how Team Arrow survives the deadly predicament they were placed in by Oliver during last night's episode.

THE HEART-STOPPING SEASON FINALE — Everyone's lives are in danger as Ra's al Ghul (guest star Matt Nable) puts forth his final plan. Oliver/Al Sah-him (Stephen Amell) must decide if he's strong enough to take on this new role and what it will mean for everyone on Team Arrow, and his soul. John Behring directed the episode with story by Greg Berlanti & Andrew Kreisberg and teleplay by Marc Guggenheim & Jake Coburn (#323). Original airdate 5/13/2015.

The Flash Appears in One-Minute Trailer For Arrow's Season Finale