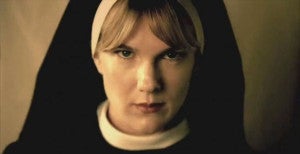 Lily Rabe, of American Horror Story and The Good Wife fame, will join the cast of The Hunger Games: Mockingjay as Commander Lyme, the movie's official Twitter account announced today.

She joins Academy Award-nominee Julianne Moore, who had been rumored for months but just formally joined the film's cast as President Alma Coin last week. The pair will star opposite Academy Award winner Jennifer Lawrence, Josh Hutcherson and Liam Hemsworth in the third and fourth installments of the franchise based on Suzanne Collins’s trilogy of young adult novels. The two films will be shot back to back for a 2014 and then 2015 release. The Hunger Games: Catching Fire is set to hit theaters this fall.