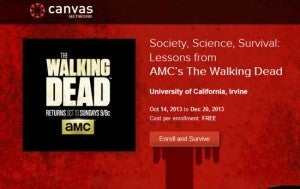 A couple weeks ago, Comicbook.com reported on an upcoming free online course at the University of California, which planned to look at a broad range of scholarly topics through the lens of The Walking Dead. Now, we’ve gotten our hands on a copy of the official syllabus for “Society, Science, Survival: Lessons from AMC’s The Walking Dead,” and we have some new information to share.

While the primary concern of many college courses might be discouraging students from cheating, there is another big concern with The Walking Dead course. Yes, we’re talking about the risk of someone dropping a big Walking Dead spoiler and ruining an episode for someone who is behind on their viewing (or who lives in a country where the episode has yet to air).

While it’s not required that someone be a viewer of The Walking Dead to participate in the course, the syllabus notes that the weekly modules will contain references to the show, while noting that measures will be in place to prevent spoilers. According to the syllabus, “In the weekly modules, references will be made to events from Seasons 1-3 of the show, but all references will either be fully described or depicted through clips from the show. The course is designed to be running in parallel with Season 4 of the show and there will be discussion forum posts related to the new season. There will be measures in place to prevent spoilers before the new episodes air in your region.”

The course syllabus also contains the following spoiler warning at the end: “Since this course will include students from all over the world who will be watching Season 4 of The Walking Dead at various times, all students are expected to adhere to the ‘spoilers’ policies posted in the discussion forums.”

Some other highlights from the course syllabus are that the course will include exclusive The Waking Dead cast interviews by the instructor, the course runs for an eight week period with new modules available every Monday, and the course does not give any sort of grade but there will be self-assessment quizzes. Check out the full syllabus below. 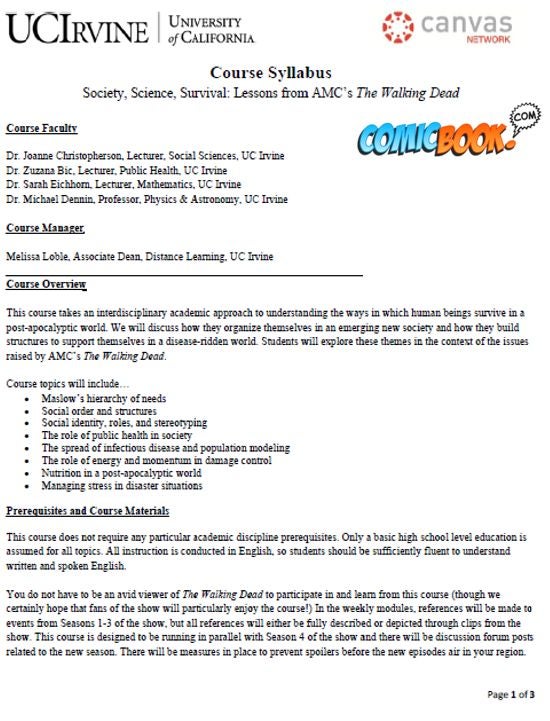 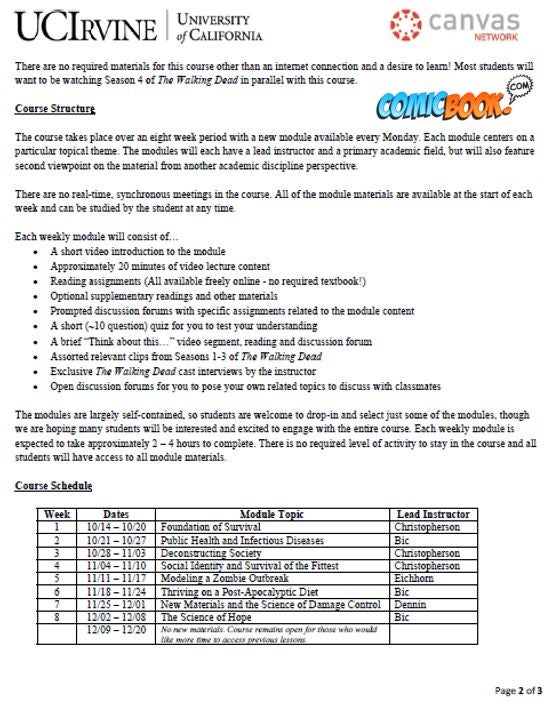 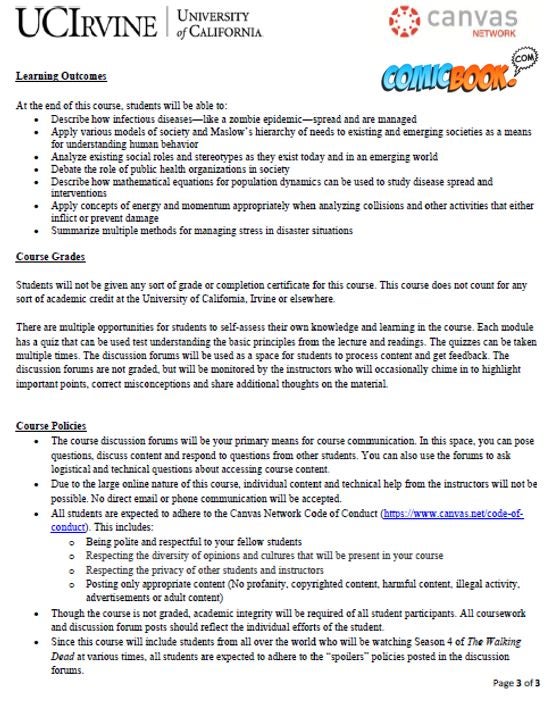