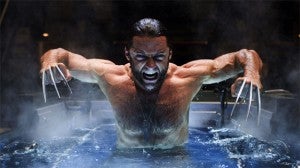 Actor Hugh Jackman, who plays Wolverine in the X-Men films, has told his fans via Twitter that The Wolverine, the upcoming sequel to X-Men Origins: Wolverine, will begin filming in August.

The movie, which shoots in Japan and Australia, has been plagued by delays but will finally make its way to theaters on July 26, 2013.

"We're doing stage work in Australia," Fox's Tom Rothman told MTV News back in April. Stage work is always inside a warehouse, so location doesn't really matter. But location work will be in Japan," he confirmed to MTV during CinemaCon last month. "It's filmed in both places, set in Japan, with great numbers of Japanese actors in it."

The Wolverine Will Shoot in August, Says Hugh Jackman