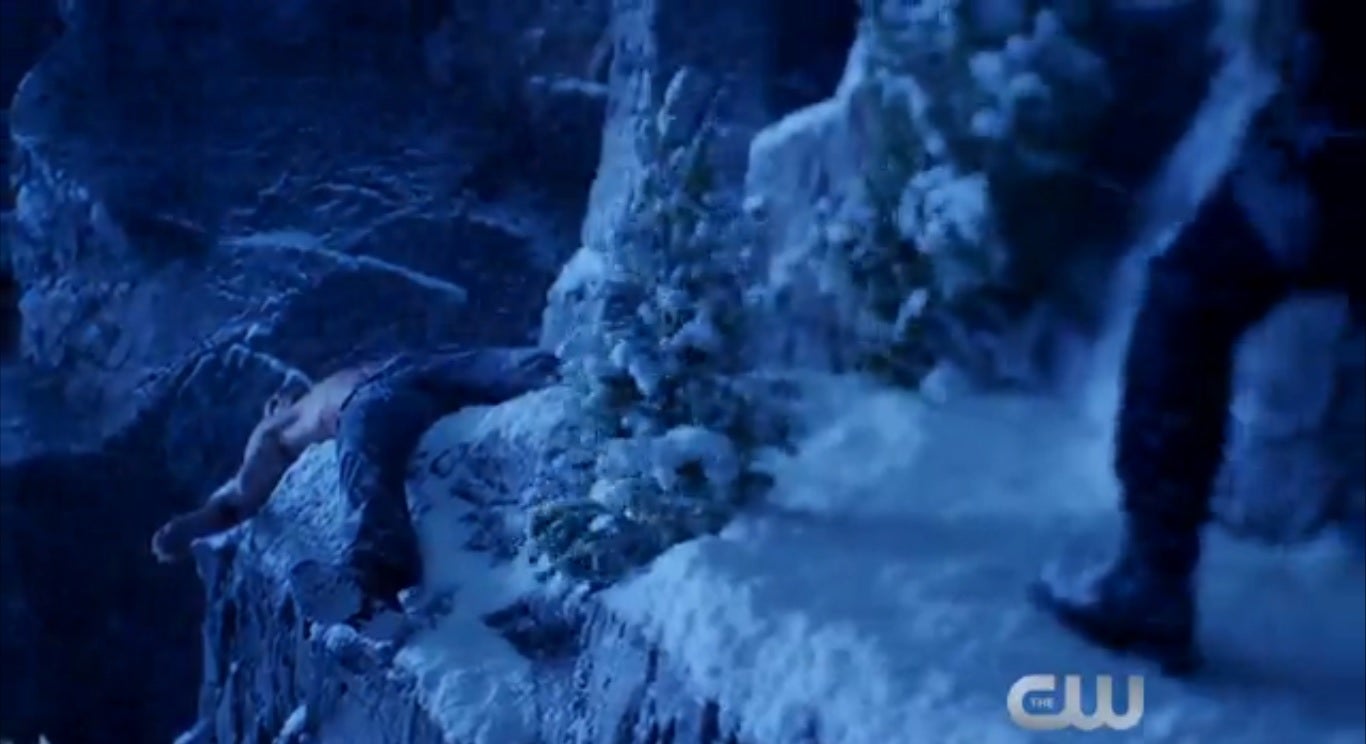 Most comic book adaptations are pretty high-stakes. Whether it's zombies, superheroes or spies, all of these characters operate in a heightened and dangerous environment, and not everybody makes it out.

And, of course, it's difficult to make it through a midseason finale, anniversary episode or more or less any special event on some of the darker shows -- like Arrow and The Walking Dead -- without a tragedy or two.

So, which ones still managed to surprise us, to move us, or to be genuinely fascinating for the story?

...if anyone believed he'll stay dead.

That's simply not the case, as evidenced by the fact that "Lazarus Pit" was trending on my friends' Twitter pages the night of the midseason Arrow finale. Nevertheless, it had to be mentioned that "killing" the title character was an uenxpected and gutsy move, and it imbued Ra's al Ghul with a menace that's hard to get otherwise (see also: the way Doomsday and Bane are talked about in hushed tones in the comics since their first adventures ended the way they did). 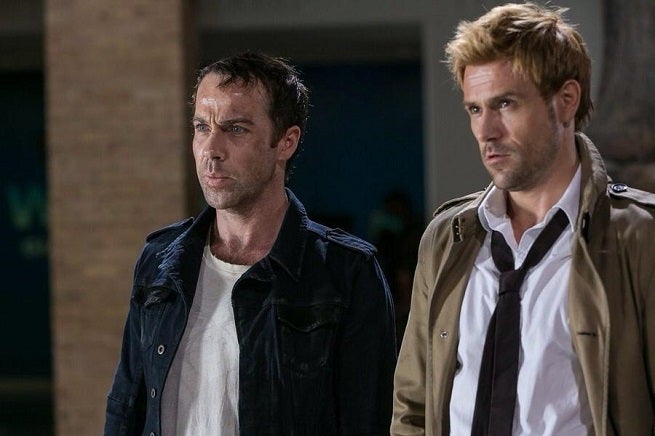 Anyone who's read Hellblazer knew how the Constantine episode "A Feast of Friends" was going to end -- but on a primetime network show, having the lead character essentially con someone into sacrificing themselves...well, it was likely a hard sell, and fans knew it would probably not be 100% the way it played out on the page.

And it wasn't...kind of. Constantine himself played as more sympathetic, but at the end of the day, the story had the same ending, and Gary was gone, presumably to join the ghosts haunting Constantine for the rest of the series.

The episode was a kind of watershed moment for the series; not only did the series improve significantly after "A Feast of Friends," but it also became clear that the writers were taking their previous claims that they were going to adapt the comics somewhat more closely than you'd expect seriously. 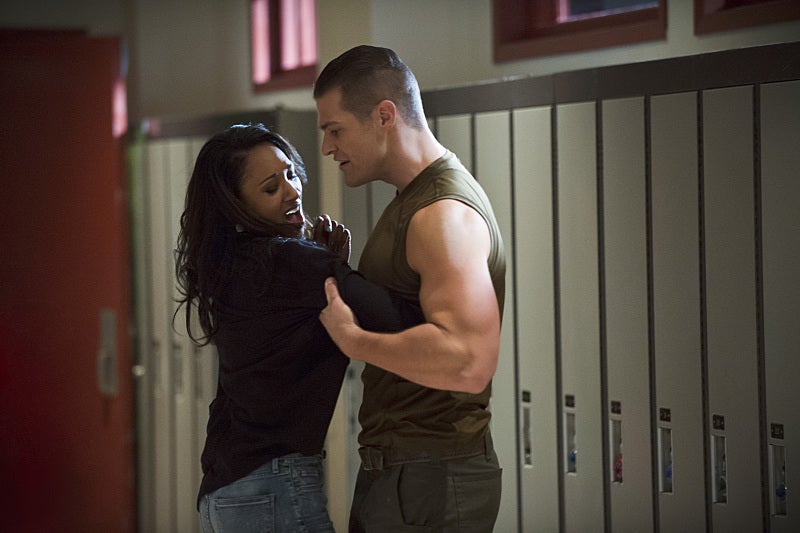 People don't really die on The Flash very much (at least not yet -- obviously it hasn't been that long)...and so far, the show's villains are somewhat less complex, layered and tortured for the most part than we see on Arrow or Agents of S.H.I.E.L.D.

There have been a fair number of villains on The Flash whose backstory was essentially "I was a jerk, then I got powers. Now I'm a powerful jerk." That seemed nowhere more evident than with Girder, a character whose backstory involved him being a villain to Barry Allen in high school and whose powers manifested to make him super-strong and nearly indestructible. When he was thrown into the pipeline at the end of his first appearance, Barry unmasked, leaving us all to wonder what kind of nincompoop does that.

It didn't much matter, though; offered his freedom in return for protecting S.T.A.R. from an attack by Farooq, Girder ultimately subverted expectations and had a surprisingly noble and touching sendoff, sacrificing himself to protect Team Flash.

Comparing Girder to his character from Star-Crossed, actor Greg Finley teased for us that might happen.

"Some of my fans were asking me on social media, 'Hey, are you going to be the bad boy with a heart like Drake was? We loved him so much.' And I said I think Tony is just...a bad dude," Finley said. "There's always reasons why people are the way they are but I think at the end of the day, Girder is just a bad dude, although he has a little bit of a redemptive arc later on. I don't know if I can say that. Tony has a little bit of redemption in him later on, but not as much as Drake. Drake was a much better guy." 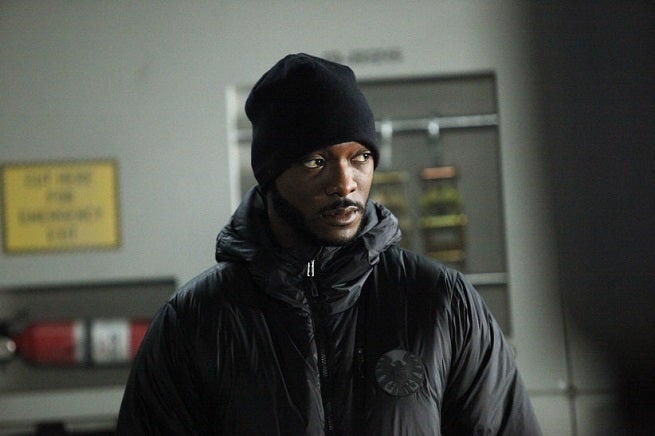 Possibly the most surprising death of the TV season so far (again, barring Oliver Queen) was Agent Antoine Triplett on Marvel's Agents of S.H.I.E.L.D., who was killed quite thoroughly while attempting to save Skye.

During her Terrigenesis, Trip didn't know just what was happening and tried to help her out, destroying the Diviner and its crystals, only to be impaled by sharpnel, turned to stone, and then to have the stone version of him destroyed by Skye's newfound seismic powers.

The fan-favorite character was likely found to be somewhat expendable from a narrative point of view, since in the time since he joined up, Coulson's group has embraced Bobbi Morse, who brings both Marvel Universe connections and a kick-ass combat skillset (Trip's biggest assets), but he'll be sorely missed, and the shocking, heroic and surprisingly "final" way he went out may set the standard for closing the door on a character's return and locking it behind you. 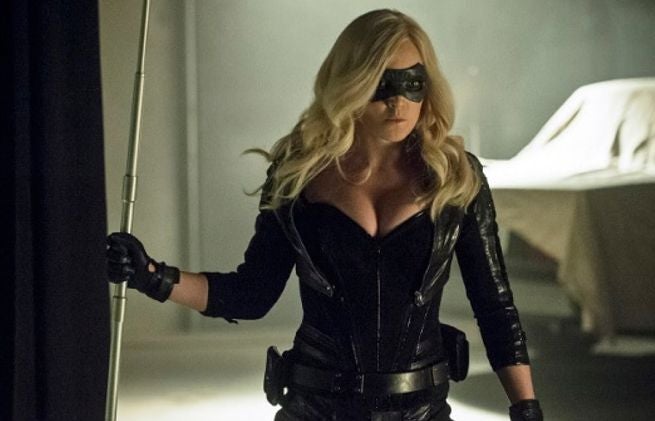 Sara wasn't a series regular and arguably was neither as beloved nor as essential to Arrow as Trip was to Agents of S.H.I.E.L.D. in life...but her death has changed the face of the show permanently, and as with Triplett, it took many fans totally off guard.

Murdered in the Season Three premiere, Sara Lance's death has been the engine that drove the fall/winter episodes of Arrow. Her sister, Laurel, is preparing to don the Black Canary costume to go out and get justice while Oliver and company spent the midseason finale attempting to solve the crime -- and deal with the fallout of having solved it -- in order to prevent Ra's al Ghul and the League of Assassins from waging war on Starling City.

The "death" of Oliver Queen, then, and everything that flows from it is really just fallout from Sara's death, and with a show that spends as much time as this one does in flashback, you just know you also haven't seen the last of her. 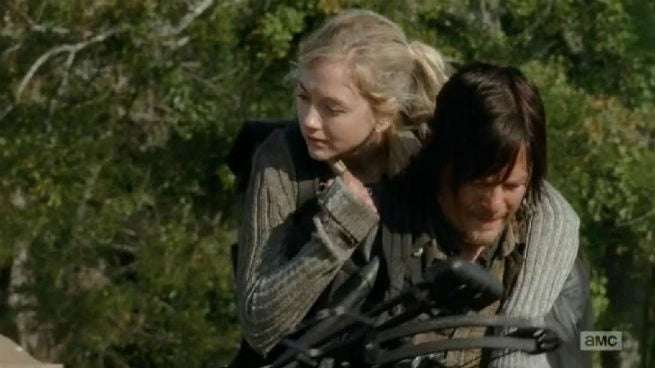 The death of Beth Greene may not have had the same in-story impact as Triplett's or Sara's, but in the outside world it's been a matter of a ton of debate.

Both in and outside of the world of the series, Beth was a symbol of hope and joy, and her fans, who spent the last year or so desperate for answers following the character's disappearance in Season Four, were hoping for something more out of her too-brief return.

The result, besides a lot of tears from fans and the cast, was that Beth's death resulted in an Internet petition with thousands of signatures begging the notoriously deadly series to find a way to bring her back. That's unlikely to happen, of course, but it certainily might open the door to see more of Beth in flashbacks, dream sequences and the like as her sister,brother-in-law and will-the-or-won't-they pal Daryl all deal with losing someone close to them.