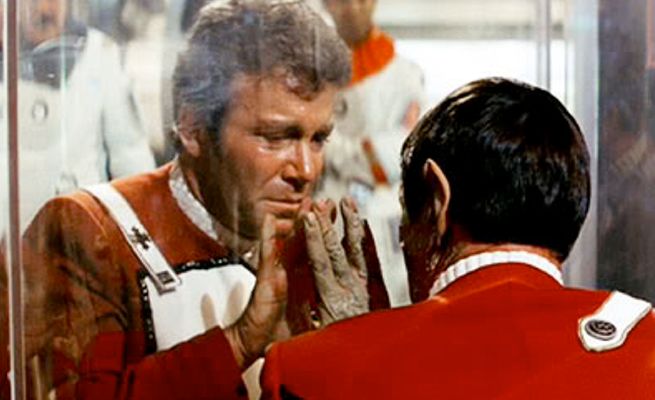 Two days ago, William Shatner lost a friend that he loved like a brother. And today, some in the media and online are attacking him, because he's unable to make the funeral of that friend.

On Saturday, Shatner revealed that he was attending a Red Cross charity event that night in Florida, and he wouldn't be able to make it to L.A. in time for Leonard Nimoy's funeral on Sunday. Since Shatner couldn't make the funeral, he called on Star Trek fans to help him remember and celebrate Nimoy's life online.

However, some in the media and online have started to attack Shatner for not attending the funeral. The New York Daily News even went as far as to show a cover for an upcoming front page, where they labeled Shatner as "Captain Jerk."

“@NYDailyNews: An early look at tomorrow's front page. https://t.co/ZDjADxLW48 pic.twitter.com/ijdwAwDw14” I want to share this. Let's discuss it

This morning, Shatner himself shared the New York Daily News cover on Twitter. Shatner wrote, "So my daughters Melanie and Lisabeth are attending Leonard's services. I chose to honor a commitment I made months ago to appear at a charitable fundraiser. A lot of money was raised. So here I am; tell me off."

Shatner also tweeted back at some in the media who had questioned why he didn't bail on the Red Cross event or couldn't find an overnight flight to L.A. Shatner answered, "Walking out on a major fundraiser wouldn't have you calling me a jerk for leaving a charity high & dry? Hmm?"

.@c_write @LFarris812 Walking out on a major fundraiser wouldn't have you calling me a jerk for leaving a charity high & dry? Hmm?

Shatner added, "One of the other misconceptions seems to be that folks think flights to LAX occur all night long."

In response to a radio show host who called him out for not chartering a jet to fly to L.A., Shatner wrote, "I must have missed your email about underwriting the arrangement and payment for this."

As Shatner points out in his responses, he really was in a no win situation. If he had chosen to skip the charity event, there would undoubtedly have been some who criticized him for that. Given all that Nimoy himself did for charity and others, Shatner actually wound up making the decision that Nimoy himself likely would have wanted him to make.