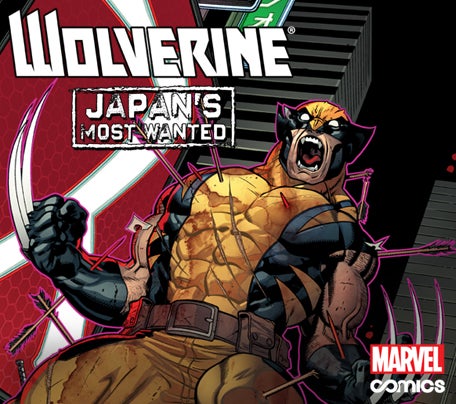 Marvel Comics announced this morning that the first issue of Jason Aaron, Jason Latour and Paco Diaz's Wolverine: Japan's Most Wanted Infinite Comics miniseries will be included as a free gift to any reader who redeems the digital code from inside a Marvel Comics title during December. The offer kicks off on December 6. Wolverine: Japan's Most Wanted is designed specifically for mobile devices and fully embraces the technological opportunities – while staying true to the medium's strengths. The series will be available for purchase this February on the Marvel Comics app and online in the Marvel Digital Comics Shop. In the story, stranded in the far reaches of Japan, Wolverine must slice his way not only through deadly hordes of ninjas, the Silver Samurai, and his arch-nemesis Sabretooth.

Wolverine: Japan's Most Wanted Digital Comic to Be Included Free With Digital Redemptions