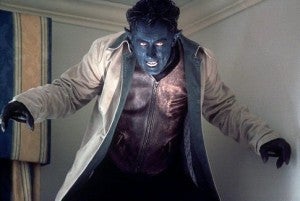 During an interview with Coming Soon in support of his new film Any Day Now, Cumming said, "I haven’t gotten the call. Someone told me that Nightcrawler doesn’t appear in the story but I don’t know, I think they would have called by now. It was funny that film because I really like it and everyone really responded to Nightcrawler and enough time has elapsed that I would like to go back to it. Although then when I did that film it was sort of the start of this spate of superhero and comic books made into films so it felt a little more special then it does now. X2 was a really great film, not just as a comic book film. I think it’s one of the films I’d been in that I think of as really good."

While Sir Patrick Stewart and Sir Ian McKellen have been confirmed to return as Charles Xavier and Magneto in the film, and other X-Men favorites like James Marsden, Halle Berry and Famke Janssen have been rumored, much has been left up in the air as far as how many of the original cast from Bryan Singer's first two X-Men films will return to the franchise with him in the new film, the first draft for which was just completed. Most or all of the cast from Matthew Vaughn's X-Men: First Class is expected to return, as Days of Future Past is nominally a direct sequel to that film.