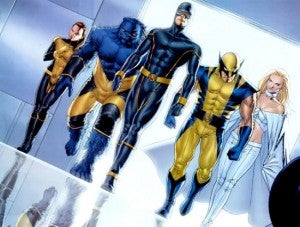 That blue, furry cat dude sure plays a mean pinball.

Stern Pinball, who identify themselves as "the world's only maker of real pinball games," today announced an X-Men pinball game and released a video teaser (seen below) of the cabinet in action.

“Stan Lee’s compelling storytelling combined with his dynamic cast of X-Men have captured the hearts and imaginations of fans of all ages for almost 40 years,” said Gary Stern, founder, CEO and chairman of Stern Pinball in a press release. “The X-Men pinball machine celebrates Stan’s much loved series and brings fans a whole new adventure right at their fingertips.”

Reps for Stern went on to describe the game:

"The newest addition to the Stern collection celebrates one of the most popular comic book series to date. X-Men will join Stern’s revolutionary line-up of comic inspired machines including Spiderman, Iron Man and Batman. In this game, players can help gather their favorite X-Men to battle and defeat their villainous enemies. The machine also features a Blackbird launcher and special game modes that touch on the most exciting events in the X-Men Universe."

It's unclear exactly when the game will begin to appear on the market, but the teaser says "Summer 2012," so if you've got that kind of money to spare, maybe you can check out their website and see what's what.