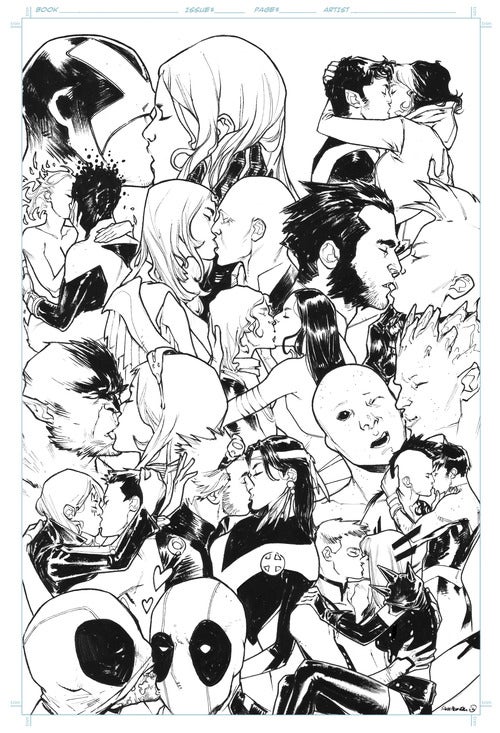 Following the fall  of the Bendis boards, one of Brian Michael Bendis's first posts on social media was the image above, a tease of what he joked is the X-Men Kissing Event from himself and Sara Pichelli.

When a fan asked him for an X-Men-related tease, here's what Bendis had to say, via his Tumblr:

x-men related!!??  well, don't say i never gave you anything for your birthday.

this is real.  this is my sara pichelli and this, again, is part of the marvel 75th anniversary,

the x-men kissing event is happening!!