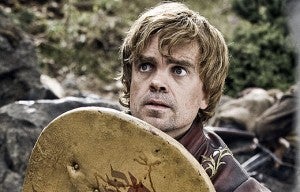 At tonight's Emmy Awards ceremony, genre fare has been faring pretty well so far. Tonight's cermony--the Creative Arts Emmys, which disproportionately focus on the technical side of actually making good television--tends to be where the big special effects-driven shows pick up most of their wins, and this year appears so far to be no exception. The Walking Dead, AMC's ratings juggernaut based on the Image Comics/Skybound series created by Robert Kirkman, netted a trophy for the best "Prosthetic Makeup For A Series, Miniseries, Movie Or A Special," while Game of Thrones picked up awards for Makeup For A Single-Camera Series (Non-Prosthetic), Sound Mixing For A Comedy Or Drama Series (One Hour), Sound Editing for a Series and Special Visual Effects, as well as sharing one for Art Direction in a Single Camera Series with its HBO network-mate Boardwalk Empire. American Horror Story, a fan favorite show that's been lukewarm with most critics, took home a Best Hairstyling for a Miniseries or Movie statue, and Futurama's Maurice LaMarche won for voice-over performance. Keep your eyes on this site; when the Primetime Emmy Awards happen next Sunday, we'll keep you posted if anything of interest takes home a prize!

Emmys: Wins for The Walking Dead, Game of Thrones