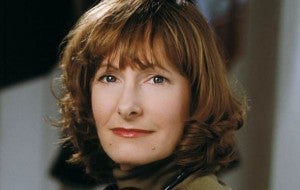 Gale Anne Hurd, executive producer on AMC's The Walking Dead, is hosting a contest on her Twitter feed that will send a fan to the season three red carpet premiere of the show--on her own dime. Hurd, who prides herself on being accessible to the fans, is paying to fly in a winner and put them at a hotel for two nights and give them a ticket to the upcoming premiere screening of the zombie drama based on the Image Comics/Skybound series by Robert Kirkman and Charlie Adlard.

You can check out the full details at the Valhalla Entertainment website (her production company and the contest's official sponsor), but before the legalese gets started, the details are these: "Follow @GunnerGale to enter to win a trip and ticket to the S3 Premiere.  Then, get more people to follow @Gunner Gale and be entered again!   Tell everyone to credit you by following @GunnerGale and retweeting your tweet or tweeting, @entrant (your handle) told me to follow @gunnergale and I did. #Gunnergale.  Each time someone credits you, you are entered again. The more times you are entered, the better your chances are to be selected in the random drawing."