During Amazon's Prime Day event last month, the PlayStation Classic dropped to the $19.99 price point (originally $99.99) that everyone was waiting for. If you missed it, your second chance is happening right now. At the time of writing, the PlayStation Classic is available right here on Amazon for $19.99 while it lasts - which probably won't be long. UPDATE: Sold out, but keep tabs on the link for a restock - and make sure to check out the upcoming Genesis and TurboGrafx-16 Mini consoles below. They're looking pretty stellar.

Despite the flaws, it's hard to argue that the PlayStation Classic isn't worth picking up at that price. However, there are two new classic mini consoles coming out that look like they will be worth spending a little extra for... 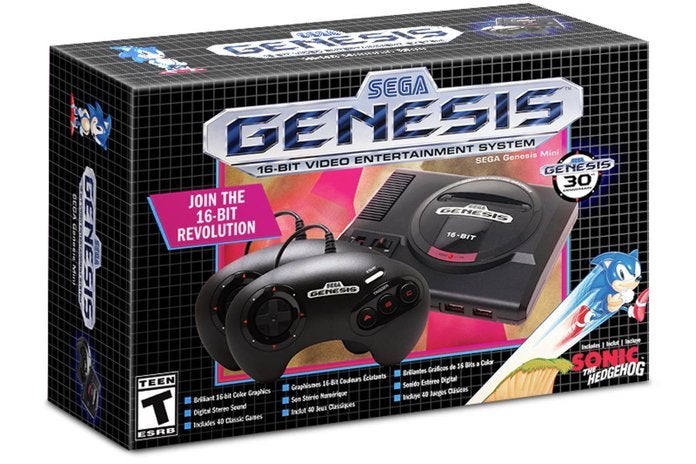 The Sega Genesis Mini is shaping up to be the best retro console released thus far, and you can pre-order one via Walmart (free 2-day shipping) and Amazon (free 2-day shipping for Prime members) with a release date set for September 19th. You can check out our preview of the console here. A list of the games that are included can be found below.

Finally, pre-orders for the TurboGrafx-16 Mini are open on Amazon for $99.99 with a release set for March 20th. The console will include nearly 50 games that cover the catalog of both the TurboGrafx-16 console and its PC Engine Japanese counterpart. Specifically, 24 American games and 26 Japanese games are included in their native language, and Konami notes that there is some overlap between the U.S. and Japanese games (Neutopia and Neutopia II for example). So, the number of unique games falls slightly short of 50, but this is still an interesting twist on the mini console formula that we've seen from Nintendo, Sega, and Sony. You can check out the full lineup of games below.

The PlayStation Classic is Back Down to $20

Halo Infinite Nerf Blasters Are on the Way, Including The Needler and MA40