Drax was originally created by Mike Friedrich and Jim Starlin. The charcter made his first appearance in Iron Man #55 in 1973 had a regular role the ongoing Captain Marvel series. He was killed off in 1982 before being resurrected in 1990.

In the Marvel Universe, Drax was created from the astral form of Arthur Douglas – a saxophonist from earth whose whole family was killed by Thanos' – for the express purpose of killing Thanos. The Destoyer’s body is powered by cosmic energy that Drax can blast outward, and also possesses superhuman strength and durability. Following Thanos’ death, Drax was killed by a psychic attack from Moondragon, the daughter he believed dead who was adopted by the Eternals, when she lost control of her powers and tried to take over Earth.

Years later, Thanos would return from the dead. Drax would be resurrected as well, but his brain was damaged from his previous death. After aiding in Thanos defeat, Drax is made a member of the Infinity Watch and guardian of the Power Gem.

Drax disappears for a while following the dissolution of the Infinity Watch. He reappears as a prisoner at the intergalactic detainment facility called Kyln. He is freed after Annihilus attacks the complex and, along with a young girl named Cammi who was in his protection, joins forces with Nova to oppose Annihilus. During the battle against Annihilus, Drax confronts Thanos and kills the Mad Titan while he is trying to rescue Galactus. Drax borrows the power of the Silver Surfer to save Galactus and then disappears with Galactus and Moondragon.

During the battle to stop Ultron's conquest of the galaxy, Drax reemerges only be lost in space with Nova and Gamora. Eventually he finds his way back and, after Ultron’s defeat, joins Star-Lord’s newly formed Guardians of the Galaxy to proactively protect the galaxy from conquest by others like Thanos, Annihilus and Ultron. 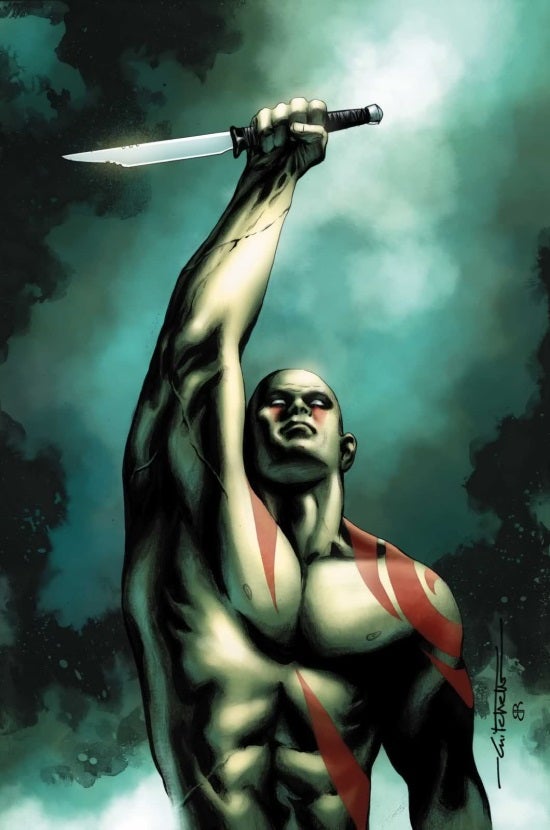 Guardians Of The Galaxy: Who Is Drax The Destroyer?