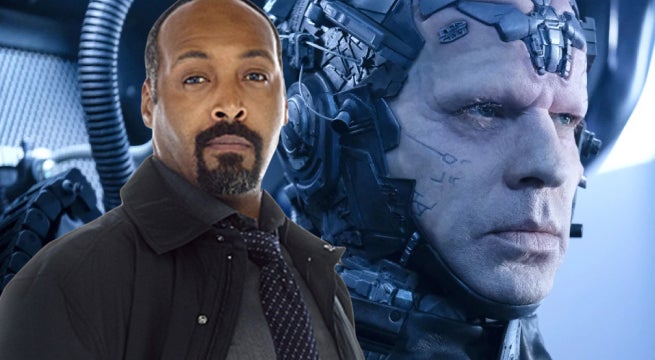 The Flash's season-long mystery had a major development tonight, and one of its cast members is excited about what it brings.

Spoilers for tonight's episode of The Flash, 'When Harry Met Harry', below!

As Martin explained during a recent set visit, this interaction brings about a whole new side of Joe, and a fun dynamic between him and The Thinker.

"Joe's pretty simple when it comes to things like that." Martin explained. "But suddenly I'm like, 'I've got to be smarter than this guy.' Our interactions are like cat and mouse, teasing each other and playing very witty games with each other but like, there's a dark undertone to it."

According to Martin, sharing scenes with Devoe's version of The Thinker brings on a whole new challenge for the show, both in front of and behind the scenes.

"The great part about that character and that actor - who, by the way, is phenomenal - Neil, is like the back and forth, because he's so smart." Martin told ComicBook.com during a recent set visit. "He's so smart. He keeps all of us on our toes. Suddenly we all have to jump up to his level of intellect if we can."

One of Martin's costars echoed this last week, with Gustin chronicling Barry's quest to out-think The Thinker.

"He realizes that it's going to get dirty quick, and before it gets dirty he wants to get ahead of this guy." Gustin explained. "And then they start to realize what a challenging foe he's going to be and different than any other speedsters we've faced in the past. He's not a speedster, he's something we've never seen before. Things are going to take a dark turn quickly in the middle of the year."

Jesse L. Martin on Joe's Cat and Mouse Game With The Thinker on 'The Flash'