Avengers: Infinity War is headed to another big weekend at the box office.

In just 15 days, Avengers: Infinity War has made more than $500 million at the domestic box office, becoming the second-fastest film ever to reach the mark behind only Star Wars: The Force Awakens, which achieved the same feat in just 10 days in 2015.

Avengers: Infinity War took in $16 million from 4,474 locations on Friday, bringing its domestic total to $502 million. The film is projected for a $60 million weekend, which would bring its box office total to $546 million.

Avengers: Infinity War is also the fastest movie to ever reach $1 billion at the box office globally, making it the sixth Marvel Studios film to reach that benchmark and the 11th highest-grossing film of all time with a global box office total of $1.3 billion worldwide.

Horror hit A Quiet Place moves into fifth place this weekend. The film earned $1.8 million on Friday and is headed for a $6.1 million weekend. Its box office total is expected to climb to $89.1 million.

Black Panther also remains in the top ten this weekend. The film comes in at ninth place with $547,000 on Friday and an expected $2.1 million over the weekend. Black Panther's box office total will climb to $696.4 million. Worldwide, Black Panther is the ninth-highest grossing movie of all time with $1.35 million.

Notable openers this weekend include Melissa McCarthy comedy Life of the Party and Gabrielle Union thriller Breaking In. Overboard, Rampage, I Feel Pretty, Tully, and Blockers fill out the top 10 this weekend.

Keep reading to see how the top 10 at this weekend's box office stack up.

2. Life of the Party

When her husband suddenly dumps her, longtime and dedicated housewife Deanna turns regret into reset by going back to college. Unfortunately, Deanna winds up at the same school as her less-than-thrilled daughter. Plunging headlong into the campus experience, the outspoken new student soon begins a journey of self-discovery while fully embracing all of the fun, freedom and frat boys that she can handle.

Shaun Russell takes her son and daughter on a weekend getaway to her late father's secluded, high-tech vacation home in the countryside. The family soon gets an unwelcome surprise when four men break into the house to find hidden money. After managing to escape, Shaun must now figure out a way to turn the tables on the desperate thieves and save her captive children.

Breaking In is directed by James McTeigue and stars Gabrielle Union. Union also produced the film with Will Packer, James Lopez, Craig Perry and Sheila Taylor.

Overboard is a remake of the 1987 movie of the same name. The film is directed by Rob Greenberg, written by Greenberg, Bob Fisher and Leslie Dixon and stars Eugenio Derbez, Anna Faris, Eva Longoria, John Hannah and Swoosie Kurtz. 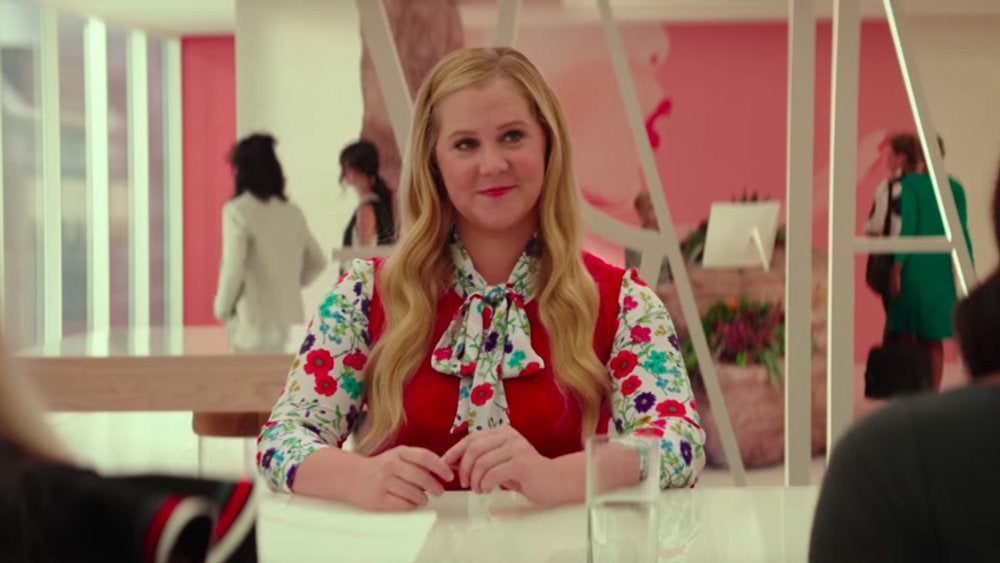 Global icon Dwayne Johnson headlines the action adventure "Rampage," directed by Brad Peyton. Johnson stars as primatologist Davis Okoye, a man who keeps people at a distance but shares an unshakable bond with George, the extraordinarily intelligent, incredibly rare albino silverback gorilla who has been in his care since he rescued the young orphan from poachers.

But a rogue genetic experiment gone awry mutates this gentle ape into a raging creature of enormous size. To make matters worse, it's soon discovered there are other similarly altered animals. As these newly created alpha predators tear across North America, destroying everything in their path, Okoye teams with discredited geneticist Kate Caldwell (Naomie Harris) to secure an antidote, fighting his way through an ever-changing battlefield, not only to halt a global catastrophe but to save the fearsome creature that was once his friend.

Julie, Kayla and Sam are three high school seniors who make a pact to lose their virginity on prom night. Lisa, Mitchell and Hunter are three overprotective parents who flip out when they find out about their daughters' plans. They soon join forces for a wild and chaotic quest to stop the girls from sealing the deal -- no matter what the cost.