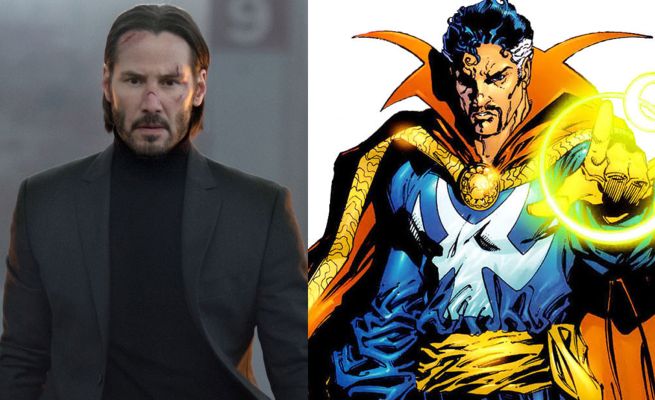 Despite early projections that had the film opening toward the bottom of the top five, a strong Friday has put the Keanu Reeves-starring action flick John Wick at the weekend's #2, behind Ouija, the low-budget horror movie that is on pace to easily win the weekend box office.

What does that mean for Reeves? Well, it's hard to say.

Lionsgate hasn't released a budget for John Wick, but there's already some speculation that the film could garner a sequel -- which could, in a weird twist of fate, be bad news for the actor if there's any credibility to the rumors that he's one of a number of actors being considered to play Dr. Stephen Strange for Marvel Studios.

Why? Well, an opening in the neighborhoood of $18 million is pretty respectable for a movie like this. It's not entirely outside of the realm of possibility that they could want a sequel -- and soon, while people still remember the first one. That means shooting soon, and a probable conflict with Doctor Strange.

Now, we don't know anything about Reeves' contract, so it's entirely possible he's not beholden to John Wick sequels, but Hollywood's standard operating procedure these days is to get people under contract for at least three films if they want the payday from an action franchise. Having the sequel in first position could mean he'd have to turn down anything that conflicted with it too egregiously.

Of course, it's not a given that they'll want a sequel -- even as a success, Wick will likely be a modest one. Still, Lionsgate has had a lot of luck with their low- and mid-budget action movies and to give away a potentially lucrative franchise would be silly. There's also no guarantee that filming on the two films, if he were to be offered both, would conflict.

Still, it's something worth keeping in the backs of our heads as discussion on both movies pushes forward...!