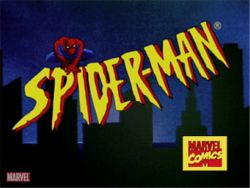 Marvel continues to roll out the nostalgia of television! Following the posting of the original 1960's era animated Spider-Man, the comic book giant has begun posting episodes of the highly successful 1990's follow-up Spider-Man on Marvel.com. Each Wednesday a new episode of the series, which ran for over four years on Fox, will be posted for viewers to see and experience all over again or for the first time! The series was a massively popular series, featuring a host of Spidey villains such as Doctor Octopus, Rhino, the Shocker, Venom and even Carnage. The series also covered major story arcs from the comics, such as the Secret Wars and Peter Parker's continued troubles in dating and balancing life as a superhero and a full-time student. Check out the first episode, "Night of the Lizard" and live the web-slinging fantasy!