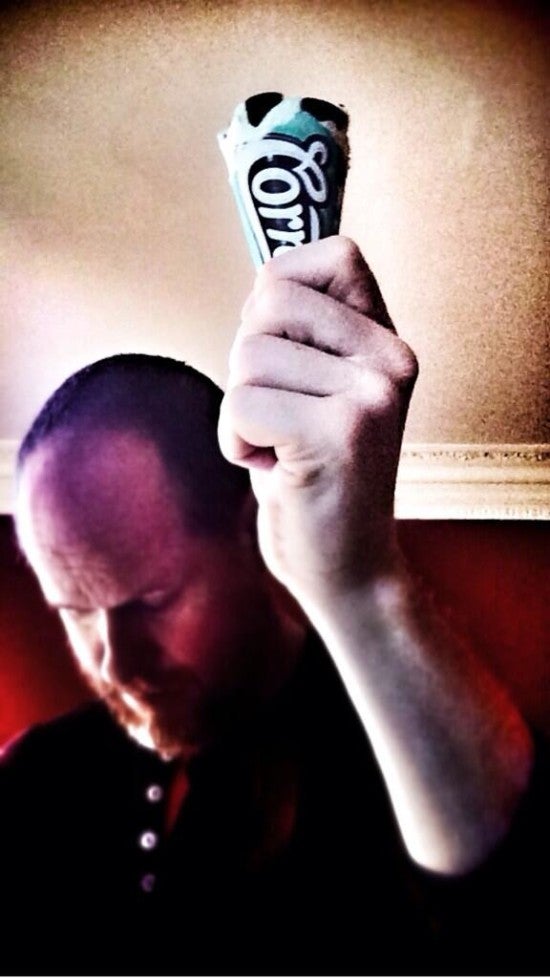 Following reports that Marvel Studios completely rewrote Ant-Man before filmmaker Edgar Wright exited the project yesterday, Avengers: Age of Ultron director Joss Whedon has tweeted a photo that seems to be in support of Wright. The image, seen above, depicts Whedon -- still in the U.K. filming Avengers: Age of Ultron -- holding up a Cornetto ice cream cone. The Cornetto -- a popular British brand -- serves as kind of a totem for Wright, who refers to his films Shaun of the Dead, Hot Fuzz and The World's End as The Cornetto Trilogy or "Three Flavours Cornetto," as the ice cream novelties are conspicuous in all three movies. A report out late last night suggests that Wright left the project after Marvel executives demanded a number of changes to the script, and then rewrote it in such a way that Wright no longer had any interest in directing the finished script.

Netflix's Purple Hearts Has Biggest Week Yet for a 2022 Movie