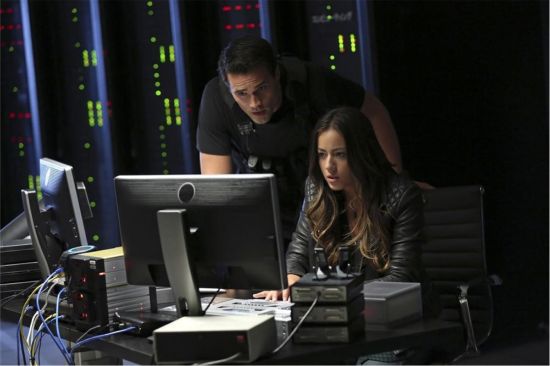 Marvel Studios have released a new clip from next week's episode of Marvel's Agents of S.H.I.E.L.D. It's embedded below via the show's Facebook page. The page asks: Whose side is Skye on? The apparent answer, at least as far as you can tell from this clip? Not S.H.I.E.L.D.'s. The bad guy slips Ward and Coulson only to end up canoodling with everyone's favorite hot hacker at a secret hideout. The question of Skye's loyalties has driven almost every episode so far this year, becoming an increasingly-important piece in the overall puzzle of the show's first season; how long can they drag it on, especially if they start using it as a plot device unto itself, without giving a concrete answer?

Agents of S.H.I.E.L.D. Clip: Skye's Boyfriend and The Gridlock Protocol