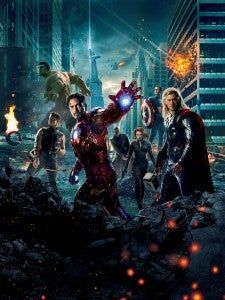 got their hands on what appears to be an early copy of an official Avengers movie tie-in storybook this morning and posted substantial portions of it to their website, leaving fans with a number of new scenes and spoilers to mull over in advance of the film's May 4 release before Marvel got the scans taken down. As is the case with the Internet, though, you can't simply wish something away and in spite of efforts by the copyright holders to have CBM remove the offending images, a number of other sites have run some or all of them in their coverage. While ComicBook.com does not publish copyrighted material which may have been obtained illegally, a number of credible sites such as Worst Previews are still hosting the scans (which may be protected under Fair Use), at least for the time being. While a number of character beats may be spoiled by the pages (particularly for Hawkeye), and some of the more puzzling moments of some of the trailers (such as why all the Avengers are attacking one another) may be explained, there remains no mention of Loki's mysterious army, which has been the source of most of the Internet speculation surrounding the film.