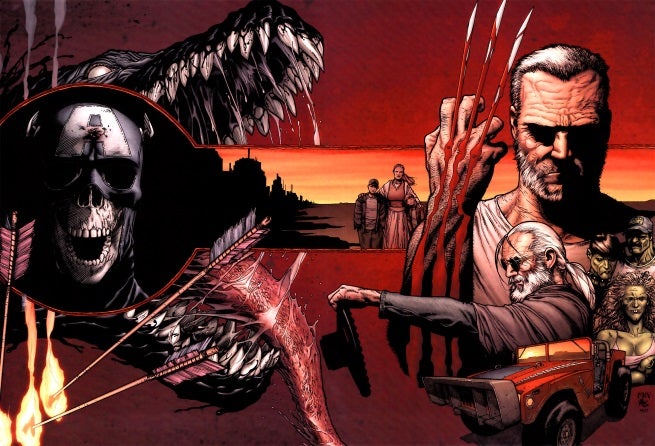 To get you up to speed and excited for the events, we’ve prepared a series of articles breaking down the events that were teased so that you’ll be ready to revisit them next summer. Today, we take a trip to Marvel’s future dystopia in:

What Was It? Mark Millar and Steve McNiven, the creators behind the Marvel Comics event Civil War, reunited to tell a Wolverine story set 50 years into the future of the Marvel Universe. Borrowing an idea from Millar’s creator owned comic Wanted, the supervillains of the Marvel Universe finally managed to work together long enough to kill all of the superhero. After the “superhero holocaust,” the leaders of the villainous organization get together and split up “Amerika” into individually ruled kingdoms.

Wolverine managed to survive the culling, but not without emotional and mental scarring. Logan, now refusing to go by the name Wolverine, hasn’t popped his claws since that night. He’s now a pacifist, living with his wife and two children on a farm on the west coast, territory ruled by the Hulk family.

When Logan can’t make rent, the Hulk boys threaten him and his family. Desperate for money, Logan agrees to go on a cross country trip with Hawkeye - now blind from glaucoma – to deliver a package in New Babylon.

Was It Any Good? Yes. Millar reimagines Logan as Mad Max, and the Marvel Universe as the world of The Road Warrior, and the result is pretty awesome. The Hulk’s family are a bunch of red (green?) necks, there’s a gang of bikers called the Ghost Riders that all ride on bikes with flaming wheels, the Moloids are eating whole cities from beneath their foundation. This is a world I could spend some time in.

McNiven’s art has a very cinematic style, and he perfectly paces the plot. The action feels big, and the emotional beats – particularly the revelation of what happened to Logan on the last night he used his claws – are devastating.

This book is basically the best Wolverine action movie we’ve gotten so far.

Significant Deaths: Almost everybody. With Old Man Logan, you’re more surprised by who is still alive than who is dead. There are some deaths that are particularly significant to the story, but you should experience it on your own. The story is a few years old, but still new enough for us to not want to spoil anything for you.

Lasting Consequences: Old Man Logan really hasn’t had any consequences on the Marvel Universe at large. It’s one of the few alternate futures of the Marvel Universe that hasn’t bled into the mainstream, leaving the 8-issue series as a complete standalone title. The ending does leave plenty of room for a sequel, but it remains a standalone, for now. 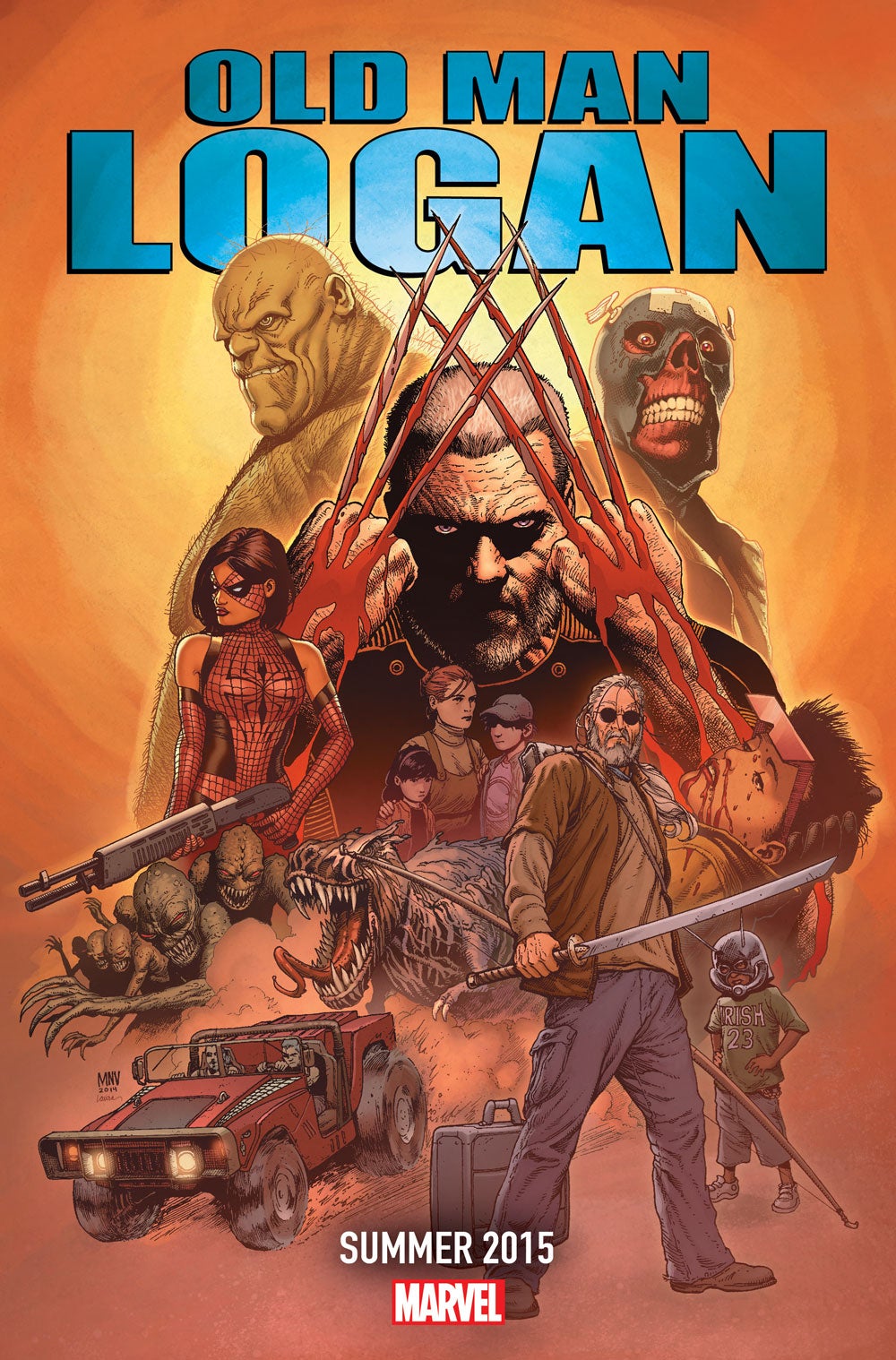 The Teaser: As mentioned, Old Man Logan ends in a way that openly invites a sequel. There’s no reason that Old Man Logan #1 shouldn’t just pick up where the original story left off. The does show an awful lot of characters who are not longer among the living though, so maybe we’ll get something of a prequel instead.