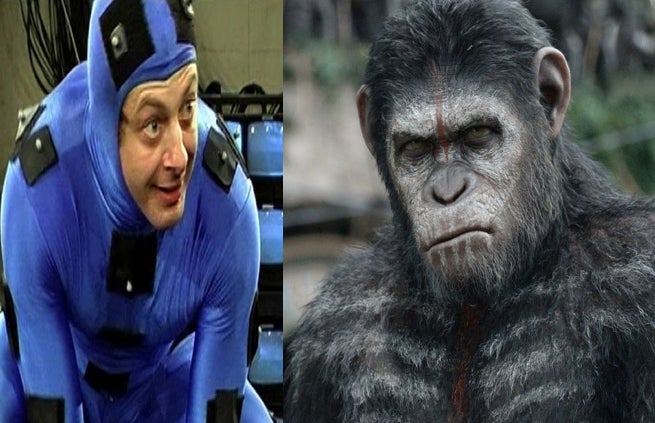 20th Century Fox plans to push actor Andy Serkis for a Best Supporting Actor Academy Award, based off his critically-lauded performance as Caesar in Dawn of the Planet of the Apes. If he receives nomination, Serkis would be the first actor to received an Oscar nod for a motion capture performance.

The idea of motion capture acting—in which an actor is digitally covered to resemble something other than themselves—has carried a negative stigma in Hollywood that Serkis hopes to break. Serkis is best known for his motion capture work, portraying Golum in the Lord of the Rings and Hobbit trilogies, Kong in King Kong, and Caesar in both installments of the Planet of the Apes reboot. According to The Hollywood Reporter, Serkis said he hopes that a nomination will warm Hollywood up to the idea of motion capture acting, and dispel some of its myths.

Serkis’ motion capture work has received official recognition before, netting a Critic’s Choice Awards nomination for Best Supporting Actor as Caesar in Rise of the Planet of the Apes. The actor is visiting Los Angeles this weekend, according to the Reporter, where he will campaign for the Dawn nomination through interviews, a Screen Actors Guild discussion, and an appearance at the Academy’s Governor Awards. He will also appear, without motion capture in next summer's Avengers: Age of Ultron.

The 87th Academy Awards will air on February 22nd, 2015. Nominations for the awards will be announced in January of next year.