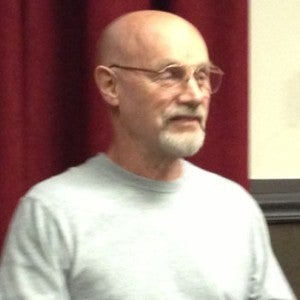 In an appearance at the Nashville Comic & Horror Festival, Jim Starlin revealed that he’s working on a top secret project for Marvel Comics. While Jim Starlin couldn’t reveal the name of the character that he was working on for Marvel, he did provide some hints.

The new project with Marvel apparently came about while coming to an agreement with Marvel over the use of Thanos in various Marvel Studios movies. Jim Starlin will be both writing and penciling the new project, and Tom Brevoort will be the editor. There is no inker assigned to the project yet.

Starlin has only done six pages of pencils so far on the project, but he said, “It will be out some time next year. Early next year I imagine, maybe in time for the Guardians movie. Not that I’m saying there’s anything that would tie into the Guardians movie. Don’t get me in trouble with the contract.”

Jason Isaacs Reveals Why He Would Return to Star Wars, Harry Potter, or Star Trek