January 2015 is a big month for Marvel Comics, but never fear, Comicbook.com has got you covered with all the highlights for the month. We've got plenty of new #1 issues like UNCANNY AVENGERS, STAR WARS, and ANT-MAN, as well as some sad goodbyes to fan favorite books like SHE-HULK, and X-FACTOR. Here are our picks: 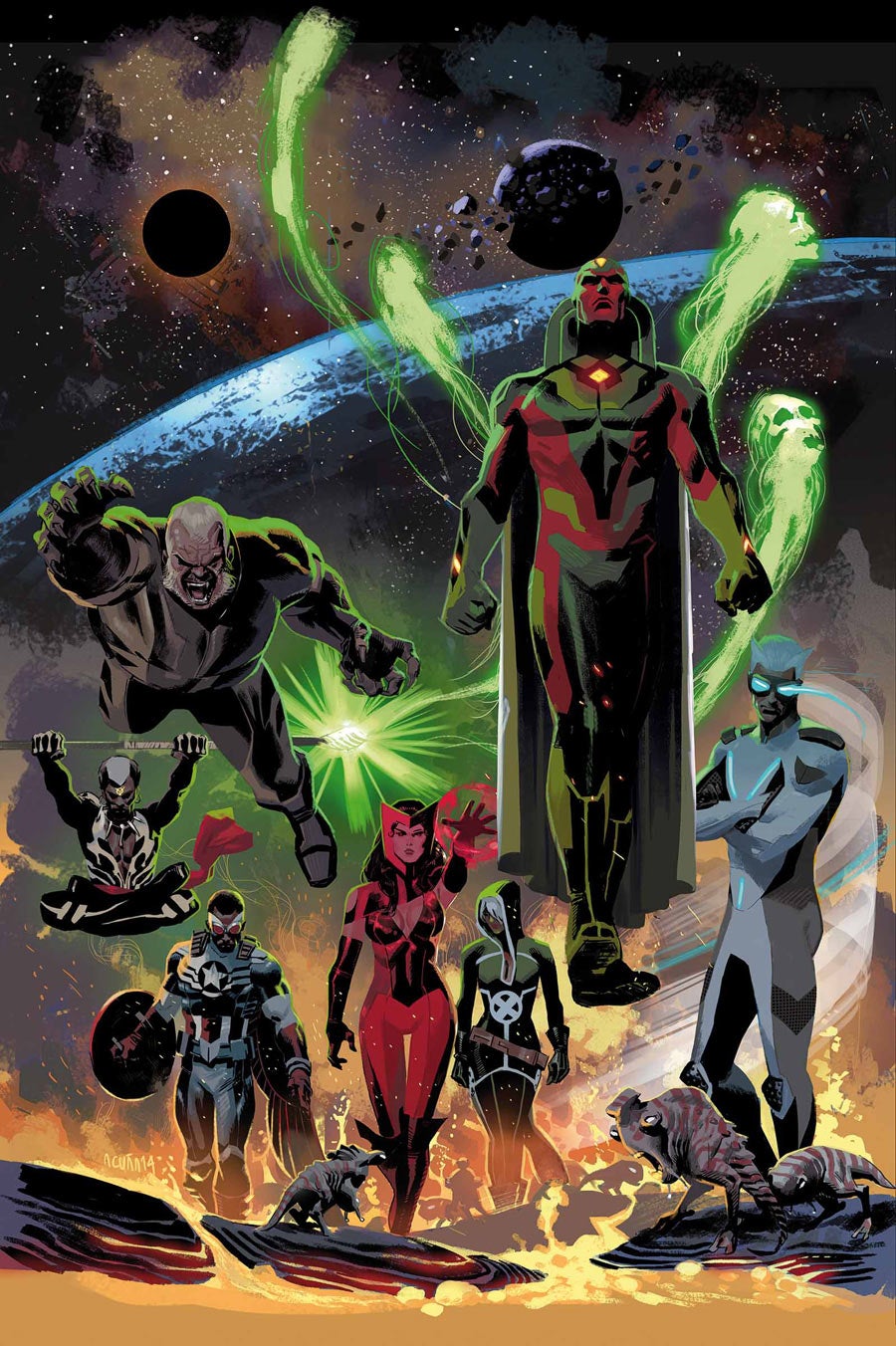 In the fallout to Marvel's winter blockbuset event AXIS, the Uncanny Avengers return with a brand new team including Doctor Voodoo, The Vision, Quicksilver, and Sabertooth (with some KILLER costume redesigns by Acuña, I might add). Here is the official solicitation:

COUNTER-EVOLUTIONARY PART 1
• From the ashes of AXIS an all-new, all different Avengers assemble!
• The tragedy at the end of AXIS has left the Uncanny Avengers vulnerable, and someone is taking advantage of it.
• One of the Avengers oldest foes returns with a terrible secret that will, all hyperbole aside, shatter the lives of two members of the squad.
• What is Counter-Earth? What terrible secrets does it house? 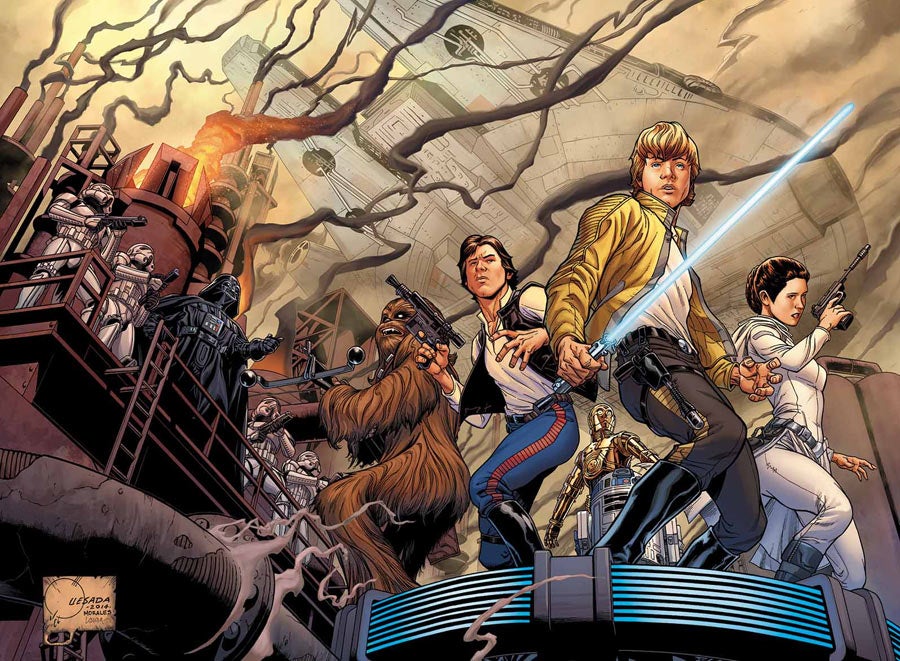 Two of the biggest modern talents in comics on the most popular sci-fi story of all time. This is going to be big.

THE GREATEST SPACE ADVENTURE OF ALL TIME RETURNS TO MARVEL!
Luke Skywalker and the ragtag band of rebels fighting against the Galactic Empire are fresh off their biggest victory yet—the destruction of the massive battle station known as the Death Star. But the Empire's not toppled yet! Join Luke along with Princess Leia, smugglers Han Solo and Chewbacca, droids C-3PO and R2-D2 and the rest of the Rebel Alliance as they strike out for freedom against the evil forces of Darth Vader and his master, the Emperor. Written by Jason Aaron (Original Sin, Thor: God of Thunder) and with art by John Cassaday (Astonishing X-Men, Uncanny Avengers), this is the Star Wars saga as only Marvel Comics could make it!
48 PGS./Rated T ...$4.99 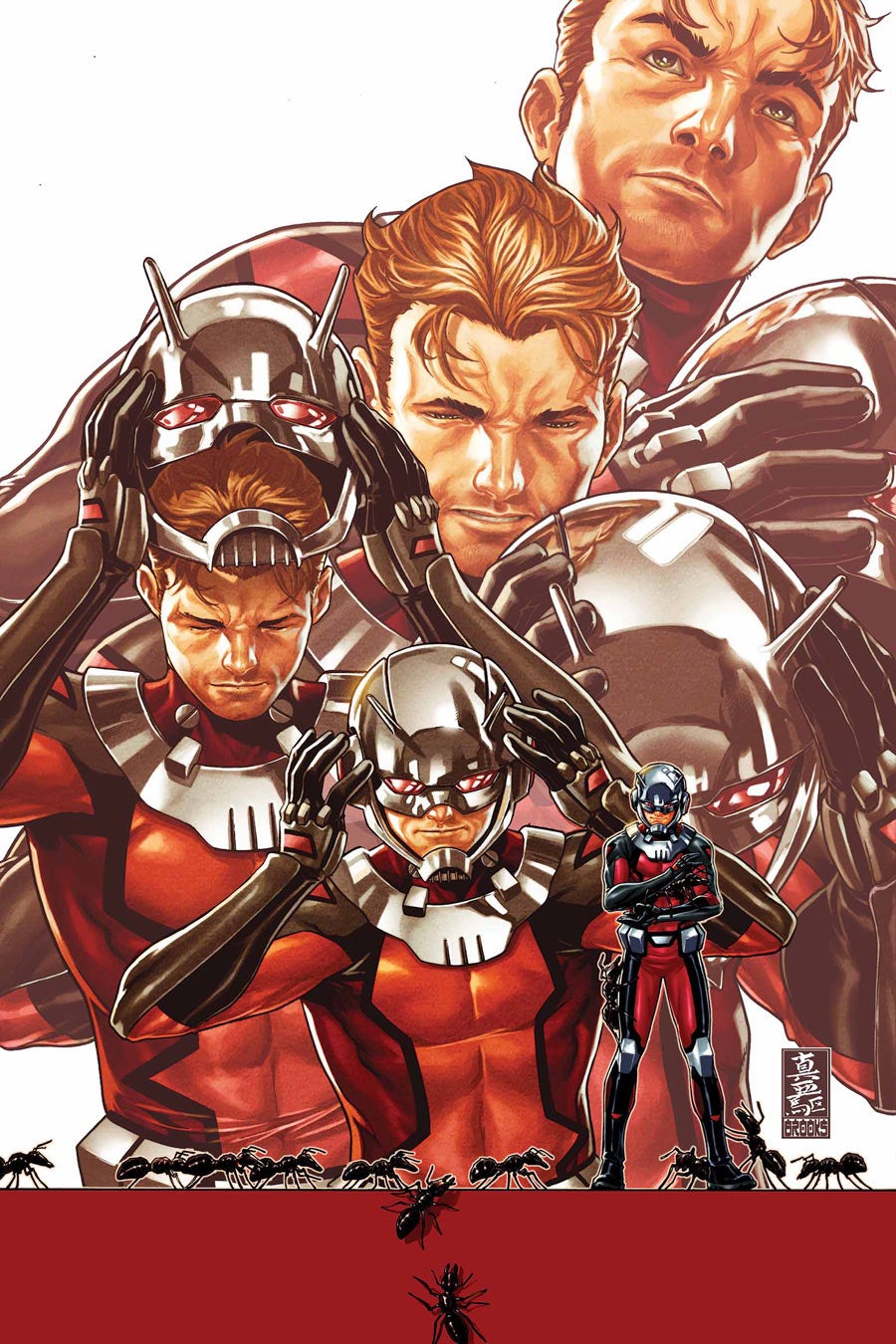 Just in time for the Marvel Studios Ant-Man film! Nick Spencer is one of the most intelligent writers in modern comics who is just as deft with his command of sharp sci-fi (see: Infinite Vacation) as he is with visual comedy (see: Superior Foes of Spider-Man), and this books sounds like it's going to hover somewhere in between the two.

• Scott Lang has never exactly been the world's best super hero. Heck, most people don't even think he's been the best ANT-MAN -- and the last guy invented Ultron and joined the Masters of Evil, so that's saying something.
• But when the SUPERIOR IRON MAN calls with a once-in-a-lifetime opportunity, Scott's going to get a chance to turn it all around and be the hero he's always dreamed of being.
• Sure he's been to prison! Sure he's been through a messy divorce! Sure he's been, um... dead. But this time is different! This time nothing is gonna stop the astonishing ANT-MAN!
40 PGS./Rated T+ ...$4.99 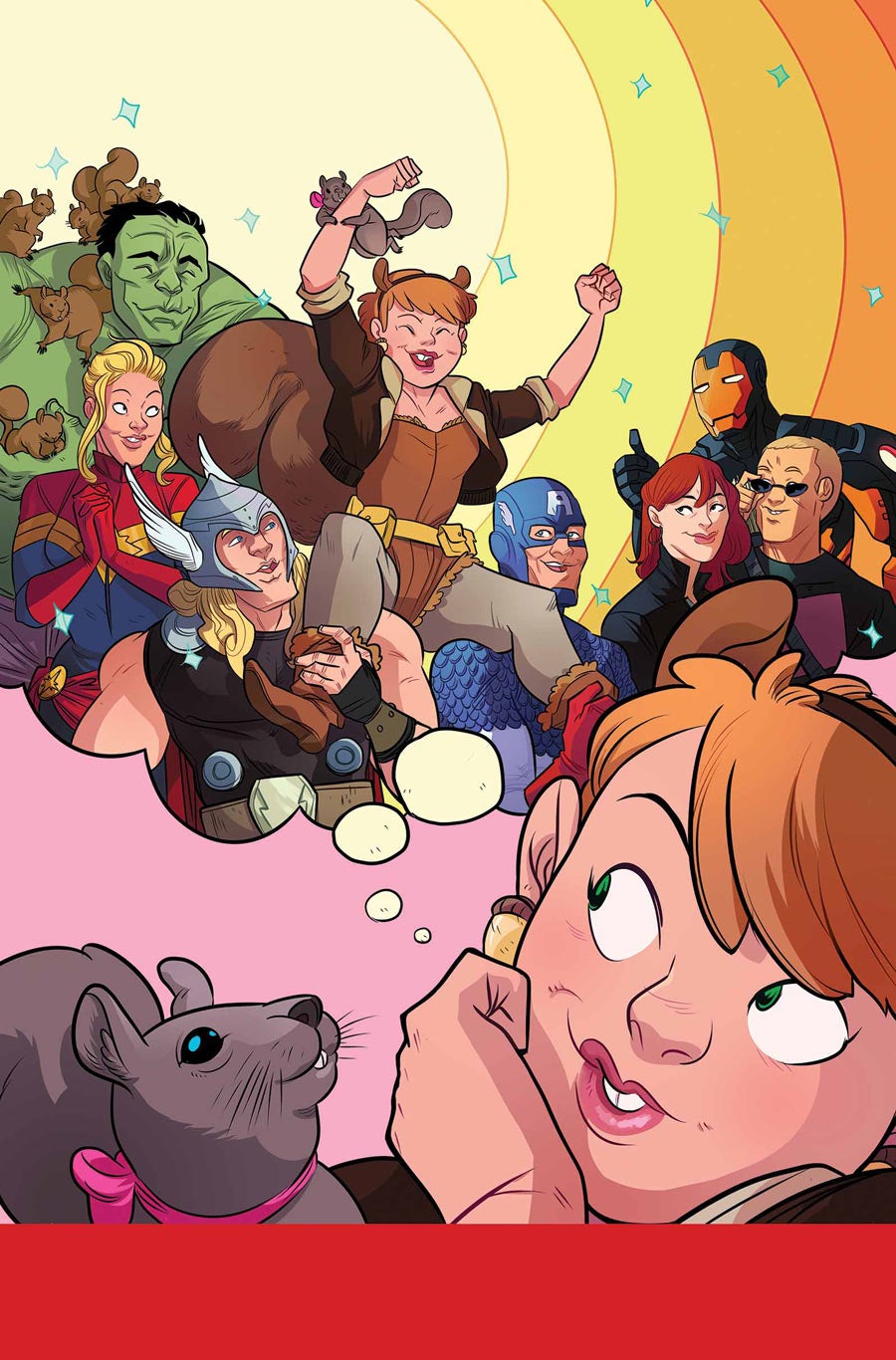 Adventure Time comics stalwarts Ryan North and Erica Henderson come to Marvel. This sounds like its a very cool direction to take with the character and there could not be a better creative team on this book. Marvel's definitely trying to catch a little bit of this new wave of the sharp web-comics vibe in the zeitgeist that's seen the success of books like Adventure Time, Lumberjanes, Bee & Puppycat, and the new Batgirl. This is a smart move, and I hope the book does well.

• Wolverine, Deadpool, Doctor Doom, Thanos: There's one hero that's beaten them all—and now she's got her own ongoing series! (Not that she's bragging.)
• That's right, you asked for it, you got it, it's SQUIRREL GIRL! (She's also starting college this semester.)
• It's the start of a brand-new series of adventures starring the nuttiest and most upbeat super hero in the world!
32 PGS./Rated T+ ...$3.99 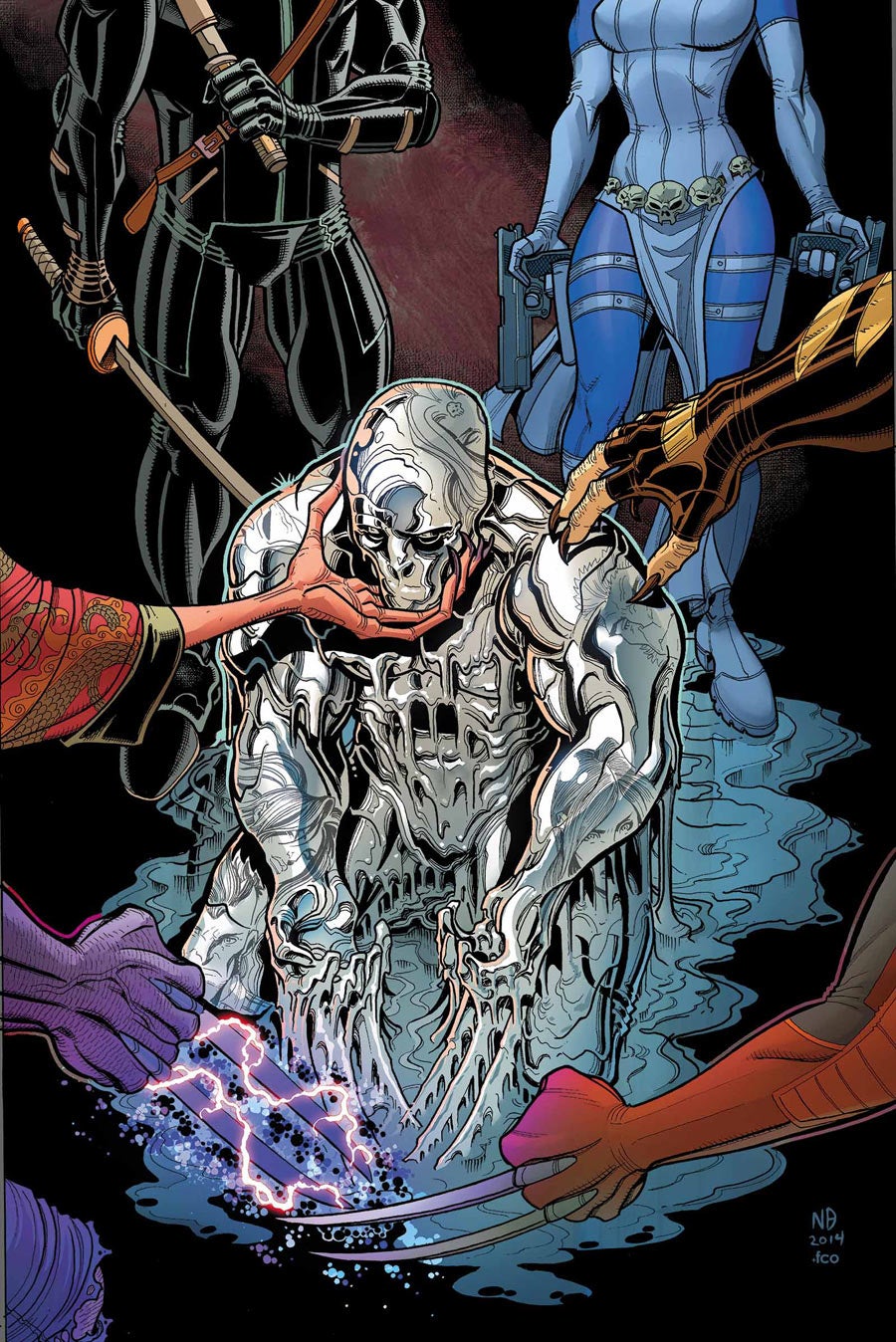 And Marvel enters the weekly comics game with two talented and capable writers fit for the weekly grind. Soule made his name in the business quickly by writing (literally) close to a dozen books a month, and Ray Fawkes is part of the writing team of DC Comics' weekly Batman Eternal series. The Wolverines will follow a cast of Wolverine's friends and enemies as they fight over his legacy, as well as his body, now encased in one of the rarest and most expensive metals in the Marvel Universe.

From the pages of DEATH OF WOLVERINE, THE LOGAN LEGACY and the WEAPON X PROGRAM!
Wolverine may be dead...but what will happen to his mortal remains, encased in something as rare and powerful as Adamantium? The battle for control of this valuable artifact has begun! But why does it matter so much... and why is a war brewing in Logan's name? Death is on the books for a dozen heroes and villains, and Mystique is playing chess with them all, including X-23, Sabretooth, Daken, Lady Deathstrike and more! Murder, mutilation, betrayal and trauma...none will be spared!
32 PGS./Parental Advisory ...$3.99 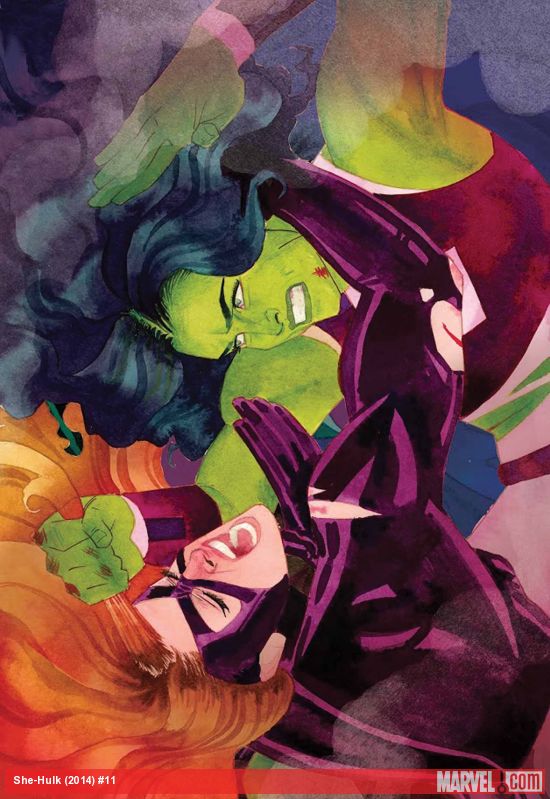 I'm not sure what to say. This book was stellar. It honestly makes me sad to see this one go. Congrats to Soule, Pulido, and company on a truly wonderful book. Thank you. I had a blast. 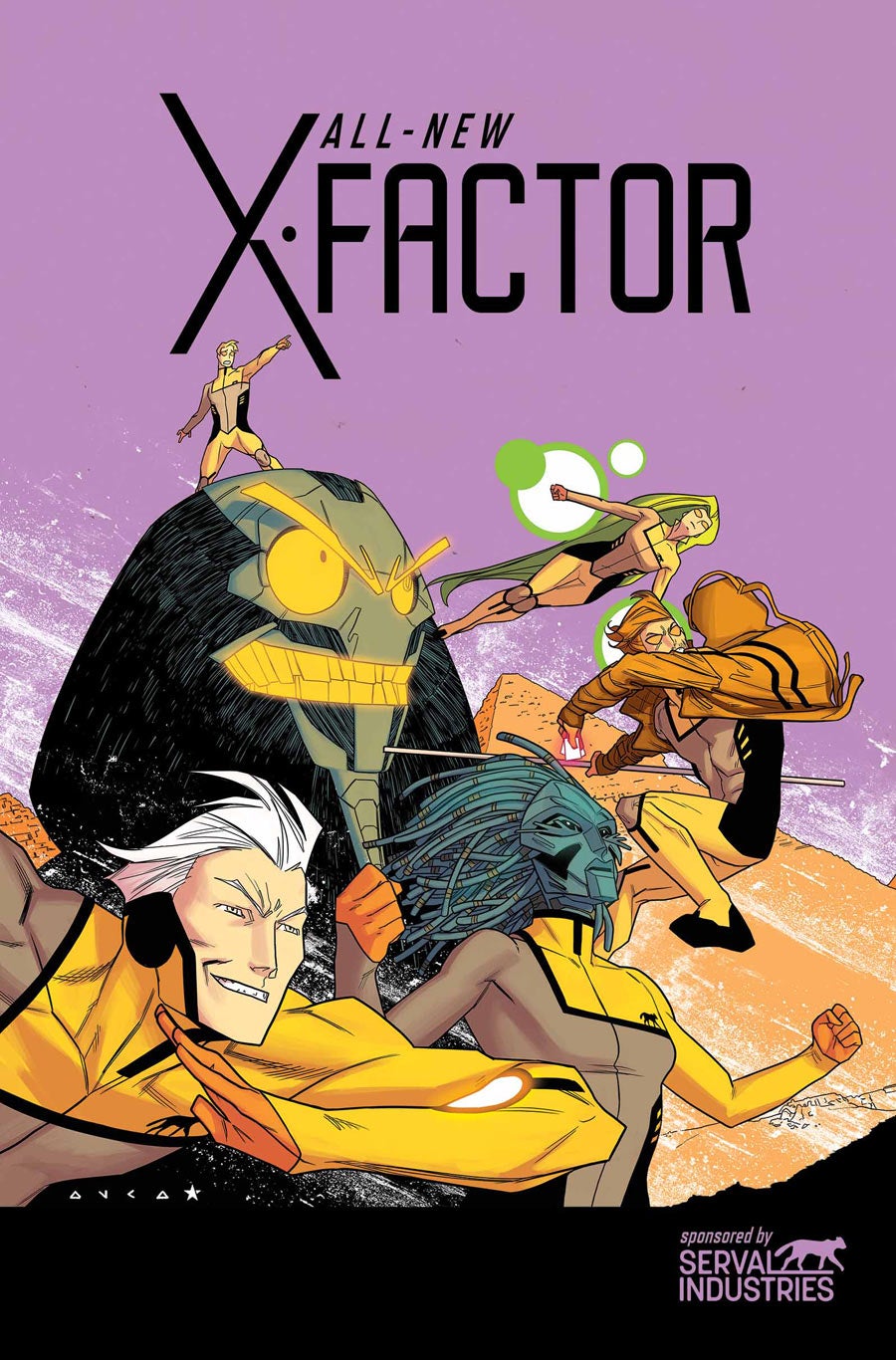 The end of an (All-New) era. Peter David has been writing X-Factor in one form of another for decades now, and it has been one of the most consistently good books that entire time. The guy is a master. I can only hope that we'll see a new version of X-Factor with Peter at the helm sometime soon.