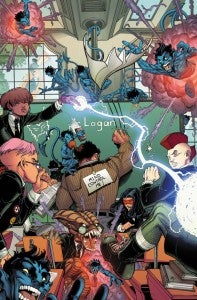 Just when Logan has a moment to breathe, the Jean Grey School for Higher Learning is visited by THE FUTURE as red-hot artist Nick Bradshaw joins superstar writer Jason Aaron in Wolverine & The X-Men #4! After a rocky opening courtesy of the new Hellfire Club, school is in session with new students and new faculty joining the roster – including X-Force's Deathlok. If you haven't been reading Jason Aaron's critically acclaimed run on Wolverine & The X-Men, see what fans and critics are saying! "Five Stars" – Sara Lima, Comicvine.com "[T]his is the book to watch." – Joey Esposito, IGN.com "The next issue can't come soon enough." – David Pepose, Newsarama.com Now's the perfect time to jump on board the new ongoing series that has everyone talking in Wolverine & The X-Men #4. Is it three o'clock yet? WOLVERINE & THE X-MEN #4 (NOV110560) Written by JASON AARON Pencils & Cover by NICK BRADSHAW Colors by JUSTIN PONSOR FOC – 12/12/11, ON SALE – 1/11/12 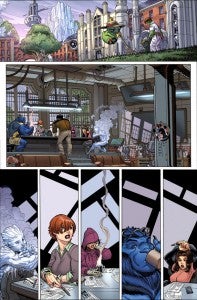 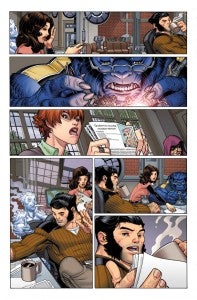 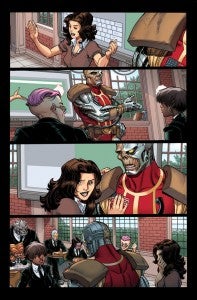