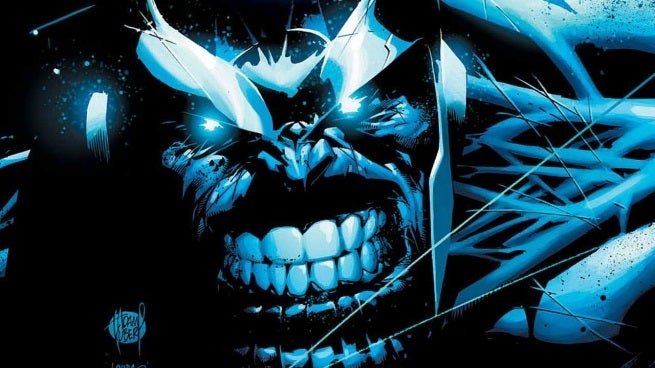 Marvel Comics has released a new teaser image asking, “Who will rise in the aftermath of Infinity?”

Infinity was last year’s big Marvel crossover that saw the heroes of the Marvel Universe defending the Earth from an invasion by Thanos.

The teasers puts the spotlight on Thanos, suggesting that this may be hinting a continuation of his story. We know that Marvel has plans for Thanos in the near future, with him appearing in the Guardians of the Galaxy movie. There’s also an upcoming Thanos story by creator Jim Starlin, and Infinity writer Jonathan Hickman has plans for the Mad Titan in the pages of New Avenges during the Time Runs Out storyline.

According to the teaser we’ll know for sure this Friday, June 27.

Marvel Teasers Asks "Who Will Rise?" In The Wake Of Infinity