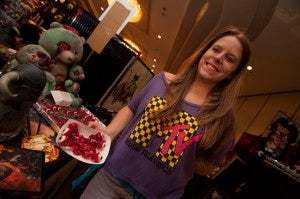 Eyeballs by Danielle Frazetta from East Stroudsburg, Pa. -- Danielle sells these eyeballs for $10 a pop, and has other goodies on her website at https://frazettaprints4u.com[/caption]

From the floor at Monster Mania in Cherry Hill, New Jersey, we're bringing you a look at some of the coolest, creepiest stuff you can buy.

Ranging from "kinda creepy stuff you see all the time in Spencer Gifts" to "crazy, unique stuff that's kinda too creepy for me to take home," the show has a wide variety of trinkets for fans and other maniacs. Check out a sampling (of the awesome latter) below. 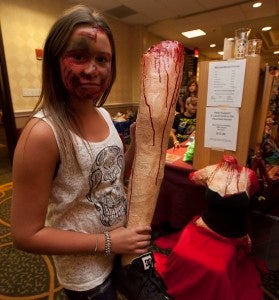 Hannah DuBois from Cherry Hill, N.J., shows off a leg made by her father, Brian Dubois, a special effects artist. Their stall has every body part you can imagine for sale, including a headless and limbless torso.[/caption] 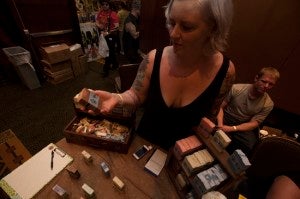 Jenna from Ivyland, Pa., shows off a soap called "Swallow Your Soul." Each of her soaps is named after a horror film. Swallow Your Soul is cinnamon-scented and sells for $5.50 on her website, https://www.arcanebunnysociety.com[/caption] 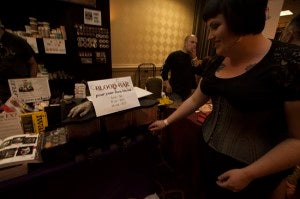 Kate from Philadelphia, Pa. shows off the different flavors and types of blood for sale at her stall. One of her favorite bloods is mouth blood, which has a sweet taste and sells for $6 an ounce.[/caption] 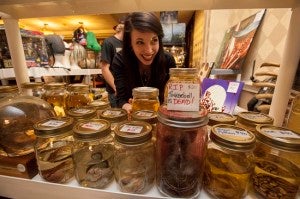 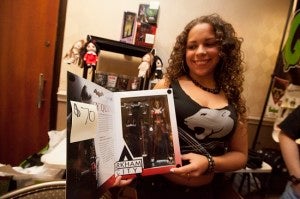 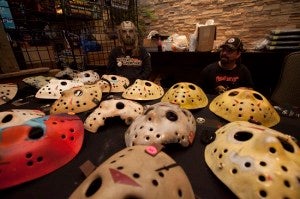