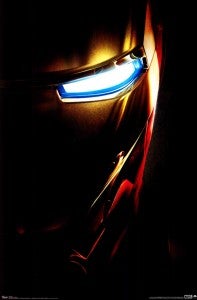 The on again, off again and then on again relationship that Samuel L. Jackson has had with Marvel studios was reported not too long ago, with the whole thing being cleared up rather quickly. While the much-anticipated Iron Man sequel will be released next spring, many are wondering just how much they can expect to see of S.H.I.E.L.D. tough guy Nick Fury, who made a very famous, and telling, cameo at the end of the first movie. Based upon comments from SLJ himself, don't look for too much action in this film! "Not this time, not yet," said Jackson, in addressing questions about possible action shots involving him in the upcoming film, "we still haven't moved Nick Fury into the bad-ass zone. He's still just kind of a talker." Jackson initially made his comments to MTV, and hinted that he is definitely looking forward to his character seeing action very soon. Without giving too much away, Jackson did say that he has finished filming his scenes, and that he does have interaction with both Robert Downey Jr. and Scarlett Johansson in the film, but beyond that there were no further comments. None may be needed, as it's certain that comic book fans and film buffs will let the guessing and speculation begin to fill in the blanks!