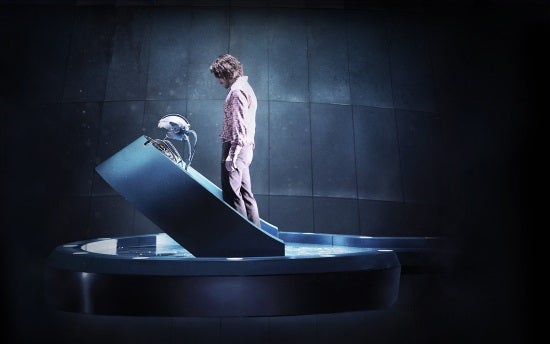 “Why young Xavier is not in the wheelchair is a big part of the story. His arc over the span of the movie is about accepting his place in the chair, embracing that,” Kinberg told IGN. “This story, more than anything else in the film emotionally, the story of young, broken, messed up Xavier becoming Professor X. His emotional arc is really the foundation of the movie for us. Everything else, all the storytelling and the time travel, the Sentinels, all of the big mechanics of the movie are largely in service to this story of this broken man who lost his legs…lost his sister who he basically raised, lost the guy who was his closest friend, lost hope, regaining that over the span of the film.”

While the story, thematically, is all about Charles, Kinberg said the plot will primarily follow Mystique.

“In many ways Charles is the protagonist, the hero of this particular story,” said Kinberg, “but…in terms of the person around whom the plot rotates, it's Raven/Mystique. I say Raven/Mystique because the struggle of the movie is, is she the Raven that Charles raised or is she the Mystique that Eric wanted to turn her into, this warrior.”

Kinberg also noted that, while he knows Jennifer Lawrence loves playing Mystique, he hasn’t spoken to her about the idea of doing a spinoff solo film.

In X-Men: Days of Future Past, the X-Men send Wolverine to the past in a desperate effort to change history and prevent an event that results in doom for both humans and mutants.

WWE Retribution: What Do They Need To Succeed?

New PlayStation Patent Could Be Problematic for PS5

The Walking Dead's Story Will Continue in Daryl and Carol Spinoff