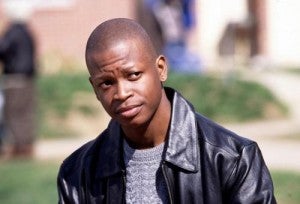 AMC's ratings smash The Walking Dead may have found its Roy Stark. The International Digital Times is reporting that The Wire star Lawrence Gilliard Jr. is in talks to take on the mysterious role in the series's upcoming fourth season, which is expected to begin filming soon in Georgia. The character, who does not appear in the comic book source material, was added to casting calls just before the season finale.  He's described as a former army medic, who is a bit of a loner. He's deeply haunted by his past (both before and after the crisis). He is also described as having a charming, self-deprecating-but-confident public face, despite how troubled he is. If Gilliard gets the role of Stark, he will join former The Wire castmate Chad Coleman, who joined the hit AMC show in Season Three as Tyreese.

The Walking Dead Recruits Another Actor From The Wire