Whenever a new Star Wars project is announced, there's a certain contingent of the fanbase that always makes the immediate jump to the same question: Are we finally going to get an adaptation of the Knights of the Old Republic games?

The answer to that question has always been a resounding "No, Knights of the Old Republic isn't happening!" However, this time around, there's actual logic behind the speculation: It's just been announced that we're getting a new Star Wars film series from David Benioff and D.B. Weiss, the creators of Game of Thrones.

Knights of the Old Republic is a part of the Star Wars saga that began as a Dark Horse comic book series in the '90s, before becoming a widely-popular series of video games in the early 2000s, running through 2011. The KOTOR story is set nearly 4,000 years before the events of Star Wars: A New Hope, when a Sith army is on a campaign of destruction across the universe, leaving the Jedi scattered. The main storyline followed Revan, the Dark Lord of the Sith, is captured and wounded in a raid by a Jedi Strike team, after being betrayed by his apprentice, Darth Malak. With Revan's mind and body both severely wounded in the raid, the Jedi Council sees an opportunity to reprogram the Sith Lord as a Jedi Knight loyal to the Galactic Republic.

In the first KOTOR, Revan goes through a process of having his loyalty to the light side of the Force tested. As his suppressed evil memories start to resurface, Revan is forced into making a choice between light and dark, ending in a climatic confrontation with Darth Malak. A sequel game followed one of Revan's former disciples from the Mandalorian Wars, who was exiled from the Jedi Order and cut off from his Force powers. The Exile eventually has to track down a deadly weapon and face a similar light or dark side choice: either to follow Revan down the path of light, or become the new Dark Lord of the Sith. 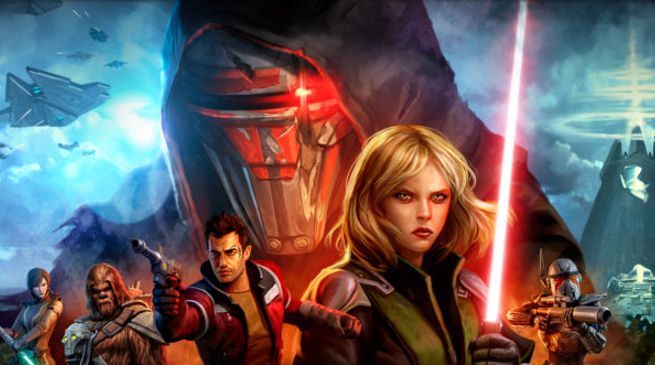 The Knights of the Old Republic games are consistently discussed by fans as a possible movie adaptation, due to the series' deep and expansive mythos, and unique setting. Indeed, the announcement of Weiss and Benioff seems very fitting for such material, as the pair turned the fantasy drama of Game of Thrones into a worldwide pop-culture phenomenon. While it may be reductive thinking, Hollywood's trend of trying to make lightning strike twice leads one to believe that Lucasfilm could try to capture the current relevance of the medieval fantasy genre and marry that to the Star Wars franchise, in attempt to widen the franchise's genre influences.

The prospect of KoToR being a film series is attractive for several key reasons:

Right now Game of Thrones is gearing up for its final season; meanwhile, Star Wars is broadening the franchise before the final chapter of the Skywalker Saga (Episode IX) arrives in 2019. There will be an original trilogy of films that are coming from Last Jedi director Rian Johnson, while standalones like Solo: A Star Wars Story look to incorporate former Expanded Universe mythos into the main canon. A Knights of the Old Republic film series would be the perfect marriage of both concepts.

Do you think we are finally getting some kind of Knight of the Old Republic movie series?

The Star Wars franchise will continue with Solo: A Star Wars Story on May 25th, and Star Wars: Episode IX on December 20, 2019.

Are the 'Game of Thrones' Creators Making 'Star Wars: Knight of the Old Republic' Movies?