Avengers: Inifnity War will be THE culmination of the Marvel Cinematic Universe saga, Phases 1-3, and as such, the big Marvel crossover event film is slated to feature just about every major superhero character we've seen in the MCU thus far.

With so many films and TV projects now comprising the wide web of the MCU, it can be hard to keep track of who is actually going to appear in Inifinty War. We've created a handy list of confirmed characters for the film, which we will then update regularly, as more casting confirmations come in. So be sure to bookmark this!

We're not going to stretch clicks by listing them individually - let's just get them all in one fell swoop: The original Avengers will be returning for Avengers: Infinity War (obviously), and that roster includes:

Since the team has been broken apart and scattered thanks to the events of both Avengers: Age of Ultron and Captain America: Civil War, the exact circumstances of their reformation in Infinity War is unclear - but hopefully it's epic!

Elizabeth Olsen's Scarlet Witch and The Vision (Paul Bettany) officially joined The Avengers in Age of Ultron, and both got much more complex expanded roles in Captain America: Civil War.

Both Vision and Scarlett Witch will be back for Infinity War, with fans eagerly waiting to see if threat of universal destruction finally turns those sparks between them into a fire. Meanwhile, with Vision holding the Mind Stone, he is in real danger of suffering Thanos' wrath.

This should go without saying, as it would be hard to fight the Infinity War without the guy who wants to wage it!

Still, Marvel execs have promised that Josh Brolin's Thanos screentime in Infinity War will be much more substantial than what we've seen thus far. Since it will be an event some sixteen films and ten years in the making, we're hoping Thanos is worth the long wait.

The Guardians of the Galaxy

Marvel fans initially expected Guardians of the Galaxy to serve as one of the most direct lead-ins to Avengers: Infinity War - however, that has not proven to be the case.

Regardless, we know that the Guardians of the Galaxy are definitely showing up in Avengers: Infinity War - along with Nebula - which will only add some great new character dynamics to the mix. Only question is: how grown will Groot be by then?

There was some initial worry that Tom Holland's Spider-Man wasn't included in the casting sheet of characters in Infinity War - but that worry has proven unfounded. We recently got confirmation that Holland is indeed bringing Spider-Man into Infinity War, so all seems well on that front.

Now, if the Wall-Crawler came home with a special black symbiote suit in tow, that would be icing on the cake...

Like Spider-Man, Benedict Cumberbatch's Doctor Strange will be the new Marvel solo hero on the block when Infinity War arrives. However, with his popularity already exploding, and the universe looking for any means of defense against Thanos (including the mystic arts), Strange's sorcerer expertise will be critical.

King T'Challa/Black Panther is the last Marvel superhero to get a solo movie before the release of Infinity War, and it's shaping up to be quite a film, with a crazy awesome cast.

After the drama of Wakanda is done, and the Panther is (presumably) an official superhero figure in the world, he will return to help The Avengers battle in Infinity War.

We haven't met Brie Larson's Captain Marvel yet - but we sure will in Avengers: Infinity War!

Given Captain Marvel's cosmic-based powers, it won't be surprising if the events of Infinity War have the unintended result of catalyzing her origin story.

Sebastian Stan's Winter Soldier has had one of the most dynamic and interesting arcs in the MCU - but Marvel Comics fans know of the larger destiny he has yet to fulfill.

Last we saw, Winter Soldier is once again in cryogenic stasis - this time under the care an protection of Wakanda, the sovereign nation of T'Challa / Black Panther. However, once the events of the Black Panther movie are done, we expect Winter Soldier will be away and ready for War.

Paul Rudd's Scott Lang/Ant-Man had one of the rockier solo film debuts, but firmly claimed his place in the MCU, thanks to an awesome (and funny) Captain America: Civil War appearance.

While his shrinking/growing powers will be invaluable against a god-like being who can stop anything he sees with a flex of his gauntleted hand, the thing to keep in mind about Ant-Man is that he has access to the Quantum Realm of reality - that place where eagle-eyed fans spotted Eternity possibly hanging out, during the Ant-Man movie.

In other words: the tiniest Avenger may be one of the biggest factors in turning the tide of the Infinity War.

The Marvel Cinematic Universe began with this man's appearance in Iron Man, and ten years later, he will definitely commemorate the milestone by appearing in Avengers: Infinity War.

Samuel L. Jackson's Nick Fury has been in every Avengers movie so far, so it's only fitting he's in this one as well - hopefully, with a secret trick or two The Avengers can use to gain an upper hand.

With Doctor Strange and his Masters of the Mystic Arts friends in possession of the Time Infinity Stone, Thanos is going to need to come calling if he wants the complete set. That means that Benedict Wong's character Wong, will likely be called upon to once again defend the sanctums of earth.

The following Marvel Cinematic Universe characters have yet to be confirmed for Infinity War, but have been discussed or rumored to appear, at some point or another. So, in order to help keep track of who in the MCU is not in Infinity War: 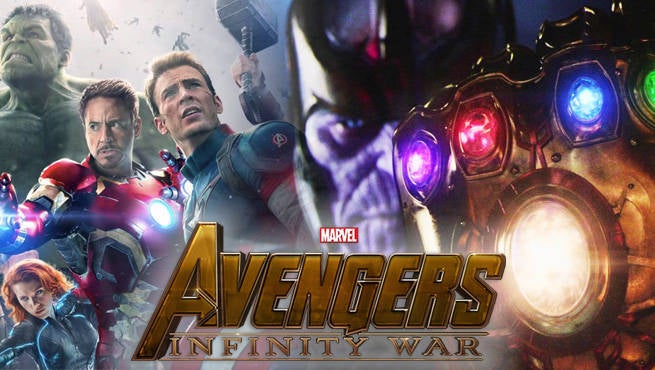